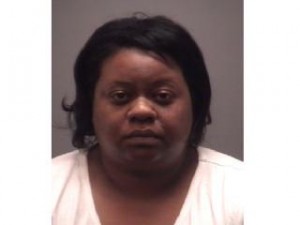 983. Boggs Twp. Pa. Oct. 12. 27-year-old man suffers a broken left fibula after being struck by what’s thought to be a red Chevrolet pickup.

986. Duck, NC. Oct. 13. A yet-identified pedestrian was struck and killed by a silver or gray vehicle which did not stay at the scene.

988. Savannah, Ga. Oct. 14. 57-year-old man injured after being struck by a green 2001 Toyota Tundra which fled, but the driver was later found and charged.

989. Auburn, Maine. Oct. 14. Pedestrian injured after being struck by a pickup truck the driver fled. Story notes that police found a sneaker nearby. Not sure if it’s the victim’s or if the driver ran.

990. Rancho Bernardo, Cal. Oct. 14. Man in his 40s on a bike suffers fractured vertebrae after being struck from behind by a car that fled. Police hope to figure out what kind of car from pieces left at the scene. Bicyclist “had a six-pack of beer in a backpack and had been drinking, and would not give information to police.”

Police said they have arrested a suspect in a hit-and-run that injured two pedestrians in the Ballpark neighborhood north of Coors Field in downtown Denver.
Denver officers arrested Brandon Mondragon, 21, at 5:30 p.m. Wednesday where Mondragon worked in Littleton.

More than a year has passed since 22-year-old Juan Mejia-Hernandez’s life was taken, but police are renewing their public outreach.
Investigators believe there are crucial witnesses who saw what happened and haven’t come forward out of fear of retaliation.

A rash of recent hit and run accidents including one on Monday that injured a pregnant woman, one during the weekend that killed a hospital volunteer, and another last month that claimed the life of a Greenfield police officer have many wondering whether or not more people are leaving the scene of accidents.
Though the overall number of hit and run crashes statewide are about average so far this year, the number of fatal hit and run accidents in Marion County is six times greater in 2010 than it was during the same time a year ago.

A $3,000 reward is being offered for information leading to the arrest and conviction of the driver who struck a 43-year-old bicycle rider on Jessup Road in West Deptford Township N.J. on June 10, then drove away without stopping, leaving the injured man on the road.

The reward is being offered jointly by the Gloucester County Prosecutor’s Office, the West Deptford Police Department and the family of the hit-run victim, Randall Gartner, of Lupton Avenue, Woodbury. Each party is contributing $1,000.

Gartner, who was wearing a bright yellow jacket and a helmet and was riding a bicycle with functioning lights, was on the shoulder of Jessup Road eastbound near a railroad crossing when he was struck from behind about 5 a.m. The Woodbury fire company officer sustained a broken left arm and left leg. A passing motorist spotted him.

The vehicle, for which there is no description, should have sustained front-end damage in the collision. Recovered at the crash site was a plastic fragment of what appears to be a wind deflector from a sunroof.

Graham, NC — Robin Stanfield Ragsdale did not show up for a probation violation hearing Thursday morning, so Judge James Hardin issued a warrant for her arrest.
Ragsdale is charged with hitting Elon student Toorialey Fazley and leaving the scene in September.
“She got out of the car, went up to the victim, looked down at him, got back in her car and drove away,” District Attorney Pat Nadolski said in court.