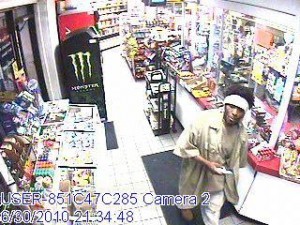 745. St. Paul, Minn. Aug. 7. 55-year-old man critically, and intentionally, injured when struck by a two-door blue or green car which took off after the collision.

746. Montville, NJ. Aug. 7. Unidentified man struck and killed by two cars, the second of which was believed to be a white four-door sedan, possibly a Toyota or Nissan, that fled the scene.

747. Pohatcong Twp., Pa. Aug. 7. 14-year-old boy critically injured by a yet-identified vehicle which left evidence at the scene as it fled.

LOWER SALFORD – Police are looking for a suspect that allegedly broke into a township home, stole the homeowners SUV which was later involved in a hit-and-run accident. According to Cpl. Vincent Medveckus, a burglary was discovered in the 800 block of Cressman Road in July after residents returned home from vacation to discover somebody broke into their house. Their 2009 black GMC Denali was also stolen from the garage, and was later involved in a hit-and-run accident in Skippack township.

The vehicle was later abandonded at a Shell gas station on Ridge Avenue in Roxborough, Philadelphia. Images from the station security cameras captured images of the suspect.

Police ask the public to call the Lower Salford Township Police Department Investigative Unit at 215-256-9500 if they have any information.