1354. Miami. Feb. 27. Woman struck and killed by a silver Toyota pickup truck which fled the scene.

1356. St. Cloud, Minn. Feb. 26. 26-year-old woman injured when struck by a vehicle which was located but the driver said someone else was driving at the time. Update: Man on methadone later arrested.

1357. New York City. Feb. 27. Man found badly hurt after being struck by a dark-colored sedan which fled the scene.

1358. Chicago. Feb. 27. Woman seriously injured after being struck by a gold or silver Buick Park Avenue with a maroon colored rear passenger door, which fled the scene.

1359. Washington, D.C. Feb. 27. Man walking his broken scooter fatally struck by a Mercury SUV and a police officer who responded to the crash was also struck and injured by a different car when putting flares down on the road as he was struck; the second driver was caught; the first has yet to be.

1360. St. Paul, Minn. Feb. 27. 6-year-old boy hospitalized with non-life-threatening injuries after being struck in a Walmart parking lot by a light blue minivan or SUV which took off.

1363. Raleigh, NC. Feb. 28. 4-year-old boy suffers minor injuries after being struck by a van which fled the scene.

A woman who once testified on behalf of her husband after he killed a Denver woman in a hit- and-run is facing manslaughter charges for allegedly dragging a tow-truck driver to his death in Colorado Springs.
Detra Farries, 32, was arrested about 7:30 p.m. Friday and booked into the El Paso County jail in the death of Allen Rose, 35, a married father of two. 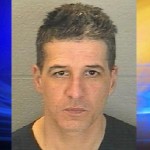 LAFAYETTE, Ind. — A Lafayette man arrested Monday in connection with a hit-and-run that killed a 15-year-old girl was driving on a suspended license, police said.

Suffolk County police are asking for the public’s help in solving a fatal hit-and-run crash in Amityville three years ago. Lyndon Crowther, 26, was found lying in the roadway on Park Avenue at approximately 12 a.m. on Feb. 23, 2008.

NAUGATUCK — Police arrested a man and charged him in a hit-and-run accident after an officer found him sleeping in his car at a gas pump, police said.
Steve Lister, 38, of 143 Manners Ave., was also charged with driving under the influence of alcohol and failing to drive in the proper lane, police said.

Witnesses told the CHP they saw the man trying to walk away from the crash; that is when neighbors tackled him until police arrived. The CHP said the man pulled out a bb gun and showed it to the neighbors.