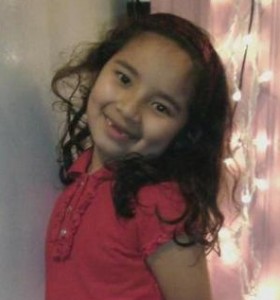 1342. Bowling Green, Ky. Feb. 20. 53-year-old man injured after being struck by a newer model Ford pickup truck that was either black or some other dark color which fled the scene.

1343. Lookout Valley, Tenn. Feb. 19. 58-year-old man suffers multiple injures to his leg and the left side of his head. A witness says a male and female in a small gray car got out and checked on the victim and then got back in the car and drove away.

1345. Benson, Ariz. Feb. 21. Man in his 30s struck and killed by an unidentified vehicle which left the scene.

1347. Salina, Kan. Feb. 22. 26-year-old man hospitalized after being struck by a vehicle which fled the scene.

1349. Reading, Pa. Feb. 23. Man hospitalized after being struck by an unknown vehicle which fled.

1350. Washington, DC. Feb. 23. Man suffers life-threatening injuries after being struck by an unknown vehicle which fled.

1352. Alexandria, La. Feb. 21. 25-year-old woman walking with three other persons struck and killed by a red Monte Carlo, IROC Z-20 or possibly an Envoy which fled.

1353. Anaheim, Cal. Feb. 26. 61-year-old woman injured when struck by a mid-1990s to mid-2000s white Honda Accord or Nissan Altima or Maxima. The car initially stopped but drove away after a short time, leaving the injured woman on the street. The victim was transported to a local trauma center, where she was listed in critical condition with life-threatening injuries.

Pittsburgh police have made an arrest one year to the day after a hit-and-run killed a 29-year-old woman.
According to the criminal complaint, Burrell told police he left the bar and dropped off his friend and another passenger. Burrell said he then continued drinking at the Bull Dogs after hours club on Lincoln Avenue. Burrell told police that he didn’t know what time he left the club, and while he was driving home, he hit something. Police said Burrell told them he was “really drunk” and could not remember what he hit.

Four Manhattan Beach police officers have been informed that they will be fired for their roles in the alleged coverup of an off-duty, hit-and-run crash, the Daily Breeze learned Tuesday.

Allston, Mass. resident Melisa Orosco (pictured) will be released from Franciscan Hospital for Children on Wednesday, Feb. 23 in Brighton after receiving rehabilitation therapy from a hit and run accident.

RACINE – An arrangement to sell a cell phone through Craigslist.com resulted in a robbery turned hit and run Monday evening in the parking lot of Shopko, 4801 Washington Ave., according to Racine police.
A 34-year-old Racine man was seriously injured in the incident. He was taken to Wheaton Franciscan-All Saints hospital, 3801 Spring St., by Racine rescue. Reports said he suffered five broken ribs and a collapsed lung after being run over by a car.

Surveillance video from a business has provided Milwaukee police with detailed information on a car that struck and killed a pedestrian on the city’s south side early Sunday before it was driven from the scene by its driver.
Police now say they are looking for a black or forest green, 1998-2002, two-door Honda Accord.

Bakersfield police are asking a Secret Witness caller with the codename of “Susan” to call an investigator assigned to the case of a 16-year-old girl killed in a hit-and-run near Bakersfield Heart Hospital. “Susan” is asked to call Officer Pat Dillard at 496-5710.

The man suspected of being the driver in a hit-and-run crash that killed two people in Hemet was arrested by officers who had gone to a Hemet residence to notify the wife of one of the victim’s her husband had been killed, said California Highway Patrol Officer Scott Beauchene.

A teenager has been injured after a young woman chased her down and slammed into her with her car.
According to Pawtucket Police, a young woman driving with an infant in her car slammed into a Central Falls teenager because she thought the girl was somebody else.

A San Bruno man accused in a deadly hit-and-run accident on a Pacifica highway on Sunday allegedly returned to the crash scene on the advice of his insurance company, according to San Mateo County prosecutors.

“You go to bed every night thinking are they going to find him? Is he going to be a man and step up and say hey, I made a mistake. If he came up to us in court or where ever and said I made a mistake, I could forgive him,” Leonard’s son Martin Tsethlikai said.
Police say witnesses described the truck as a 90’s model white Chevy with large tires and rims and a Sonoran license plate. They now believe it would have damage to the front bumper.

Betts assumed she did just that, until her phone rang a few hours later. It was the police investigator. Her heart sank.
“He said she drove away. I said, ‘She didn’t drive away.’ He goes, ‘Yeah, she drove away.’ I said, ‘No she didn’t. She followed the ambulance.’ He goes, ‘No ma’am, she drove away,’ and I was just in immediate shock,” Betts said.
On Sunday — 13 days after the accident  Williams died in the hospital.
“I said, ‘Lord have mercy, my brother, my brother.’ That’s all I could say” Herron said.
And the mystery woman who hit him is nowhere to be found.

ALHAMBRA, Calif. (KABC) — Los Angeles County officials are asking for the public’s help to catch a driver in a 2009 hit-and-run incident that killed a wheelchair-bound elderly man in Alhambra.

There is an additional $3,000 being offered to find the person responsible for the death of former Iggy Pop drummer Alex Kirst.

Green Bay police are hoping nearly 200 flyers boasting a cash reward will lead to clues in last week’s fatal hit-and-run in the 1500 block of Elm Street.
“We’re just looking to generate some information and leads in the case that is going to help us resolve what happened here,” Lt. Dave Wesely said Thursday as he stood a few feet away from where Todd Counard, 41, was found dead Feb. 16 after leaving a nearby bar on his bicycle.

The family of a man killed in a Labor Day hit-and-run crash in Oconto is putting out a new call for help.
On the night of Sept. 6, 2010, police found the body of 77-year-old Ronald “Foxy” Borths on VanDyke St. At the time, officers said it appeared tried to cross the street when he was hit by a vehicle headed west.
Investigators say they have interviewed people about the incident, but have not been able to find the driver or vehicle involved.

“I don’t hate them, I feel sorry for them because they don’t know the Lord and they have walked in the evil way. And I forgive them,” Limon said of the suspects. “But you know everyone has their judgment day, and their judgment day will come. And I don’t have anything against them, but they know what they took from me and my family.”

COLUMBIA, SC (WIS) – The family of a University of South Carolina freshman who was severely hurt in a hit-and-run accident last weekend has good news about his recovery.
James McAlister “Mac” Dunbar, 19, has been in a coma since last Sunday, when he was hit by a car while crossing Assembly Street. The driver sped off after the wreck, and police say she failed a field sobriety test upon her arrest. Becky Dunbar, Mac’s mother, wrote that her son momentarily open his eyes for the first time Friday afternoon during a routine pain response test. “We know he can hear us, we know he can move all extremities, and we believe he can see,” said Becky Dunbar, who added that Mac’s spine, heart, pelvic area and left arm appear uninjured.