3778. Worcester, Mass. May 30. 24-year-old woman injured when struck by a dark-colored SUV which fled the scene.

3780. Kansas City, Mo. May 31. 39-year-old man injured when struck by a dark-colored, four-door, midsize car, possibly a Toyota or Honda, which fled the scene, possibly returning to check for the rear-view mirror.

3782. Sylvan Beach, NY. May 29. 13-year-old boy on bike killed after being struck by a vehicle which fled the scene; driver later arrested.

3783. Albuquerque, NM. May 28. Pedestrian injured when struck by a gray Acura van which fled the scene.

3784. Chicago, Ill. June 1. 38-year-old man critically injured when struck by a vehicle which fled the scene; possible driver being questioned.

3785. Sioux Falls, SD. May 29. 79-year-old woman injured when struck by a silver or blue minivan which fled the scene.

3786. Rochester, Minn. May 30. Pedestrian injured when struck by an unidentified vehicle which fled the scene.

3787. Fort Worth, Texas. May 30. Pedestrian seriously injured when struck by an unidentified vehicle which fled the scene. 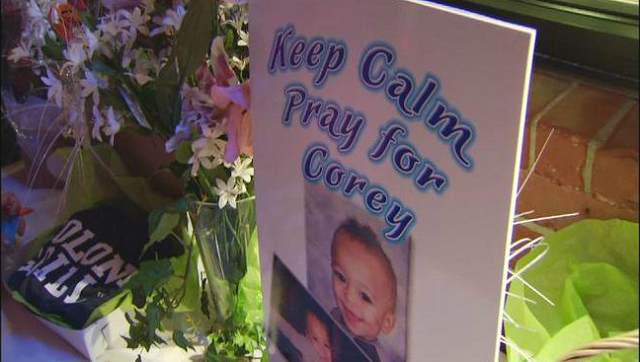 A 2-year-old boy injured in a hit-and-run in Bridgeport has been released from the hospital and police continue to search for the person who hit him.

The crash on April 30 put Corey Gordon in the intensive care unit at Yale-New Haven Hospital.

He was recently discharged and is working on his speech and doing physical therapy at a Children’s Rehab facility in Westchester, New York.

“I can’t wait to have him chasing the ball and playing with him and all that again,” said Chuck Jones, Gordon’s grandfather. “He’s coming along though. He’s made a lot of strides in a short period of time.”

A 25-year-old Daly City man who allegedly ran from the scene of a Memorial Day crash in Colma that killed three people, including his girlfriend, was charged Thursday with vehicular manslaughter with intoxication.

San Mateo County District Attorney Steve Wagstaffe said Paul Diaz was also charged with felony hit and run, gross negligence and having a prior DUI conviction. Diaz had been held in jail on $750,000 bail, and had turned himself in on Monday, hours after the 7:40 a.m. accident.

PALM SPRINGS — Police renewed their plea for help from the public in locating a possible witness to a fatal hit-and-run that left a former U.S. Air Force sergeant dead early Sunday, May 19.

William Dominguez Lopez, a 20- to 30-year-old man believed to live in Cathedral City, is being sought as a potential witness to the 4:30 a.m. crash on East Palm Canyon Drive at Camino Real, police Sgt. Harvey Reed said during a news conference held Tuesday afternoon.

An argument that began at a Chicago Heights strip club escalated into road rage, police said.

An Atlanta Police detective run over nearly two years ago by a fleeing suspect’s car got what he asked for Friday — a chance to confront the man who nearly killed him and threatened his career.

After Khalif Kareem Edwards pleaded guilty to serious injury by vehicle, and police obstruction charges in the July 21, 2011, incident, the two men sat within arms’ reach and talked.

“I asked for the face-to-face with Mr. Edwards because I wanted to gage his level of remorse,” Patrick Apoian said. “It brought a lot of closure for both of us. There were some pretty personal things that we said to each other.”

McALLEN — Police arrested and charged a 55-year-old man accused of killing a man with his car and fleeing the scene.

Officers arrested Eduardo Gonzalez, 55, near the outskirts of McAllen after police said he hit 78-year-old Francisco Bernal with a green Mazda on Wednesday near the intersection of Ware Road and Dove Avenue, police records show.

Bernal died from injuries at an area hospital, police said.

When the Kennewick Police Criminal Apprehension Team later found Morris Neiss, officers say she had dyed her hair pink and changed her clothes. Police say it was obvious she had hastily just done the dye job, as she still had pink dye on her forehead.

Police also say the car Morris Neiss had been driving wasn’t registered in her name. Officers say they aren’t sure if the car had been stolen or not, but they don’t believe it belonged to her.

A man suspected in a November hit-and-run turned himself in at the Brevard County Jail on Wednesday.

Datt never reported the crash, troopers said, and claimed he had hit a deer with when he returned the rental van he was driving to Hertz.

← Bridezillas: Haley and Ariel
Street Fight Pits Ladies From South and Southwest Philly Against One Another →