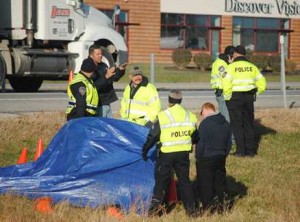 2072. Hermiston, Oreg. Nov. 15. Man in a motorized wheelchair struck by a green 2002 Jeep Cherokee which fled the scene.

2073. Dover, Del. Nov. 17. 45-year-old woman died after being struck by an Audi or other type of small passenger car which fled the scene.

2074. Lee’s Summit, Mo. Nov. 18. Man in his 20s struck and killed by an unknown vehicle which is believed to have struck the victim at a high rate of speed and fled.

A Keizer man was arrested after he was reported to be involved in two separate incidents, including a hit-and-run, then pulled a machete on officers, Salem Police said.

As she was wrapping up a night on the town in 1998, Irene M. Nuncio was struck by a car that failed to so much as slow down after the impact. The car continued cruising, and the identity of the person behind the wheel remains a mystery.

Detroit— Police are looking for a hit-and-run driver they say caused a crash on the city’s east side Wednesday before fleeing the scene, leaving his two daughters, and infant and a toddler, in the car.

The incident happened about 2:45 p.m. Wednesday, when the man, whose name is not being released by police, crossed over the median at Chandler Park and Chalmers, striking another car, Detroit Police Officer Dan Donakowski said.

“He didn’t stop at the accident scene, but after he fled, his tire blew out and he finally came to a stop in the 5000 block of Phillips,” Donakowski said. “Then he got out of the car and took off on foot, leaving his two daughters behind.”

OLMSTED TOWNSHIP, Ohio — The township police chief promises justice will be done in the case of the death of 13-year-old Charles Kho, but that justice takes time. Responding to complaints about the lack of arrests in the case, Chief John Minek said police still await scientific test results. He is asking that people be patient.
“This is an extremely complex case that involves scientific and other types of evidence,” he said. “This takes time to process and evaluate.”

“The dog’s owner lives nearby and came to pick up her dog” OK, why was the dog running loose? Should the driver or better yet, the owner, be on trial here? Key word here folks, ready for it? RESPONSIBILITY! The owner of this animal is clearly the culprit and should be held responsible for any damage done to the vehicle that hit it! Control your dog! Period. If it was running loose then you broke the law and should be made to pay any and ALL damages. No sympathy here, you created this very scenario with your own irresponsibilty. Period.

DETROIT — A former Southgate police officer was arraigned yesterday in Wayne County Circuit Court on charges that he collided with a man on a motorcycle and drove away at about 5 a.m. Aug. 22 in Brownstown Township.

“I wanted that man to be in jail for life because he took my sister’s life,” said Ebony Knight’s older sister Danielle Knight. 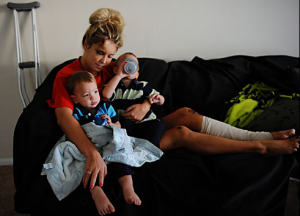 It was a normal night out at the Oceanfront for Jillian McGowan, Ryan Chaney and their friends, until a heated exchange turned it violent.

She’s a single mother of year-old twins. He has trained for years, hoping to realize his dream of becoming a Navy SEAL. Now, both are out of work, virtually bedridden and facing thousands of dollars in medical bills from injuries caused when an angry driver mowed them down.

Almost a week later, police still are looking for the motorist.

Police say a woman originally arrested in connection with a fatal hit-and-run accident earlier this month in Deerfield Township lied to police to cover for the actual driver, her fiance, who was on parole and had been drinking.
Jeffrey Westphal, 47, and Lisa Vail, 33, both of Howell, were walking eastbound along Center Road when they were hit by a 1999 Ford F-250 traveling eastbound on Oct. 30. Westphal was killed. Vail was injured and later taken to a local hospital, where she was held for observation.

Shane Kreke would have been turning 38 on Saturday.

But in lieu of a celebration, his family will have only memories. The Mokena man died June 14, three days after he was involved in a hit-and-run accident while riding his motorcycle in Olympia Fields.

There will be no sense of closure, either. Five months later, the pain of Kreke’s sudden death still stings, worsened because questions about the cause of his death and the accident investigation have gone unanswered.

“We don’t know why he died,” said Shane’s mother, Beth Kreke, of Crown Point, Ind. “We are still waiting for a person to be charged. It’s hard, very hard. With his birthday coming up, it’s been tough to get through.”