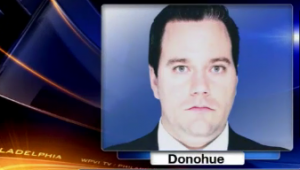 2064. Lexington, Ky. Nov. 11. Man walking to get a bus fatally struck by a dark-colored SUV, possibly a Dodge Durango, which fled the scene. “He was gasping. I put my hands behind his head, it was full of blood,” says Jennifer Stigall, Newby’s mother. “I was like no this is not happening to me, this is my son. He was a beautiful person. He needs to be here with his mama.”

2065. Lexington, Ky. Nov. 12. Man in his 50s died after being hit by a either a black SUV, possibly a Chevrolet Trailblazer, or a maroon pickup truck with ladders in the back.

2067. Cheverly, Md. Nov. 12. 27-year-old woman seriously injured when struck by a white or silver minivan or utility van which fled the scene.

2070. Tigard, Ore. Nov. 12. 32-year-old man changing a flat tire suffered serious injuries after being struck by a carbon-gray colored Honda Accord made between 1998-2002 which fled the scene. 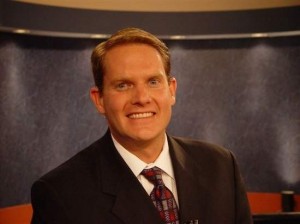 Reno sportscaster JK Metzker with Channel 2 died this afternoon from injuries sustained in a hit-and-run accident in Reno last night.

According to a release from KTVN News Director Jason Pasco, Metzker was struck by a vehicle as he crossed Virginia Street after leaving a game at the University, Nevada Reno just before midnight.

The vehicle reportedly fled the scene but witnesses were able to provide a description of the vehicle and it was located shortly thereafter by a deputy with the Washoe County Sheriff’s Office, according to a Reno Police Department release.

Ryan Joseph Rhea, 23, of Reno, was arrested on suspicion of felony hit and run causing death.

“I remember looking over at this vehicle and I thought, ‘He’s not going to stop,’” said Morrow mayor-elect Joseph “JB” Burke. From his living room couch, he told Channel 2’s Michael Buczyner that he is a lucky man. “You can bet someone is looking after me.”

It all started with drinks after a long week at work and ended with a 14-year-old Havertown boy lying unconscious on a busy Delaware County street.

On Monday, former Delaware County Assistant District Attorney Michael Donohue, 31, of Havertown, was charged with being the driver of the car involved in a Nov. 4 hit-and-run that left the boy hospitalized with serious injuries.

Donohue has been charged with aggravated assault, accident involving death or personal injury, recklessly endangering another person, and related crimes. He was released on $25,000 bail.

SALINAS, Calif. – The family of Francisca Bolanos, who was killed in a hit and run accident on East Bernal in Salinas early October, continues their search after 45 days. First the family used social media like Facebook and Craigslist to get the information out to the public, now Central Coast News found out the family is going beyond social media and the internet to catch the killer.

“Auto shops. This guy’s got to get some repair for his car, I don’t think he’ll be driving around like this. We do have a friend who has an auto shop. He’s been helping us spread the word,” said Yazmin Bolanos, Granddaughter.

Santa Ana – A man accused of killing a 2-year-old boy in an alleged drunken driving hit-and-run crash in Santa Ana was charged today with gross vehicular manslaughter. Angel Alberto Cruz Perez, 23, of Santa Ana, made a brief court appearance, but his arraignment was postponed until Dec. 8. His bail was increased from $100,000 to $165,000.

A 55-year-old Santa Rosa area homeless man struck by a hit-and-run driver in mid October has died, reported Santa Rosa police Monday. Oscar Cordova’s death brings the number of pedestrians killed in Santa Rosa after being hit by vehicles in the last year to six.

The trial is set to begin Tuesday for the man accused of hitting and killing a teenage girl with his car.

43-year-old Robert Vernon Kirts II is charged with four felonies, including Operating a Vehicle While Intoxicated Resulting in Death, Reckless Homicide and Failure to Stop After an Accident Resulting in Death.

15-year-old Ebony Knight was walking along State Road 25 in Elston on February 27 when she was hit and killed. 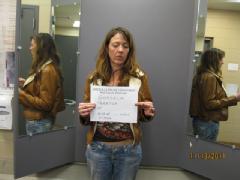 Man Killed in Hit-And-Run After Cops Get Warning Call: MyFoxDC.com

← Watch Nani score a sick goal for Portugal vs. Bosnia
In Which I Write An Angry Letter-To-The-Editor On Behalf Of A Philadelphia Bar →