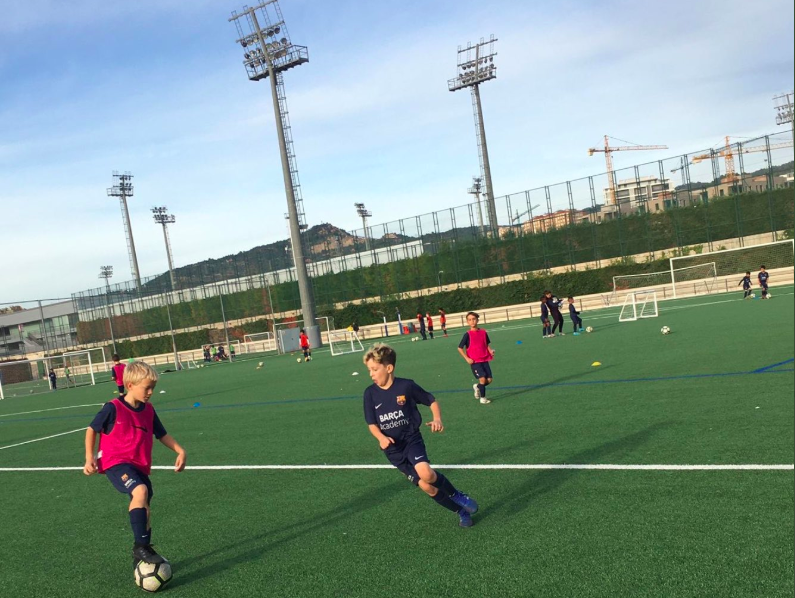 Suffice it to say, our 12-day trip to Barcelona (with a quick stop in Dublin on the way home) was amazing. Louden was invited to train with FC Barca youth coaches for five days, and play four friendly matches against local soccer clubs/academies.

They won two and lost two (though those losses could easily have been wins if one team didn’t have an extra player on the field for the match, and the other match wasn’t cut short by 10 minutes because many of us had to leave for the Champions League match between FC Barcelona and Borussia Dortmund.) But I digress.

Louden played great. He scored one goal, and a couple great shots saved, and distributed the ball selflessly, racking up five assists along the way.

The video embedded below includes footage of:

— A great assist lofted over several defenders setting up his teammate for a hat trick during a match in which he had three assists, including one off a corner kick.

— The celebration of his goal, which I failed to capture on video.

— The closing ceremonies of the camp.

— Walking out of the hallway that FC Barcelona’s first team walks out of en route to their match at the Camp Nou.

— Messi’s goal vs. Dortmund, as we saw it about 15 rows behind the goal.

See all that below!