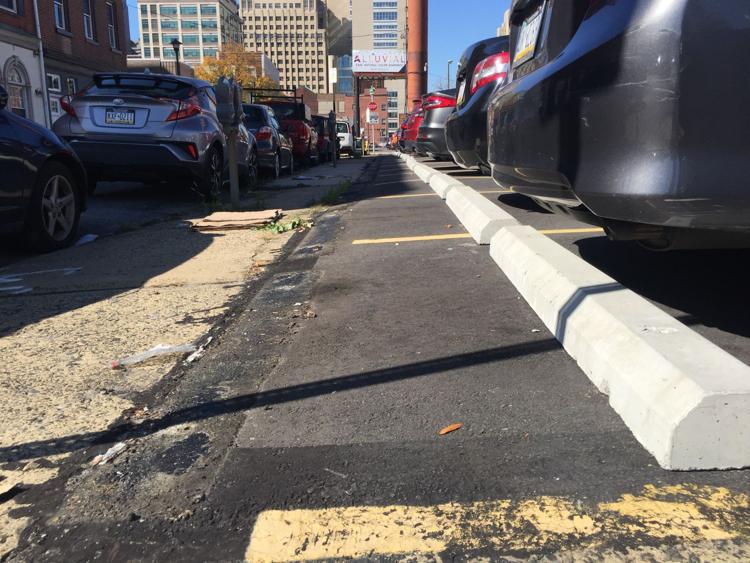 Back in early October, I brought Philadelphia readers the tale of the E-Z Park lot at 12th and Winter streets in Chinatown. tl;dr? A tipster told me that he’d noticed they’d paved over half of the sidewalk to expand their lot, and that it was done without city permission.

My reporting on the matter backed up those claims, and prompted the city to issue a stack of fines to the owners. It also prompted outcry from residents and elected officials alike.

Well, I heard back from E-Z Park owners Robert and Harvey Spear. They claimed they didn’t know this had happened, paid their fines and committed to moving the car curbs back to re-widen the sidewalk that had been narrowed.

“We’re honest people. We don’t do things improper or illegal,” Bob told me at the lot one day.

Well, this week, PW ran a follow-up piece on the case. I invite you to give it read via this link.