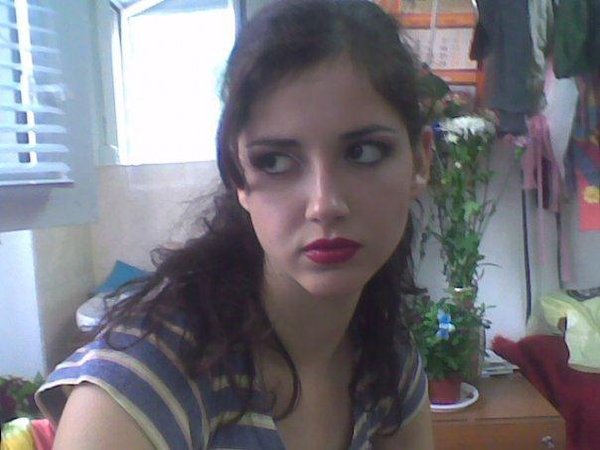 First things first: If you want to read a straight-forward account of today’s Municipal Court prelim for the “man” accused of fatally striking Polina Kadiyska on South Broad Street just before 4 a.m. on March 18, click this link. It’s objective. It’s unbiased. And, it gives both sides an equal airing.

This post is impressions that the 90-minute hearing left on someone who was lucky enough to survive a similar incident, after seeing a degenerate in a sweater vest/yellow dress shirt combo who left a 22-year-old aspiring ballerina to die in the street, and he’s defended by a jitbag attorney who has already blamed a hit-and-run victim for her own death.

Suffice it to say, the impressions weren’t positive. We’ll handle it chronologically.

Before the 10:30 a.m. hearing, the charges which Barnes faces were upgraded from assault to homicide.

Together, they will have seen:

• Barnes (allegedly) speed up Broad Street toward Ellsworth at speeds seen on nearby I-95,

• Barnes jog from the car after (allegedly) striking Kadiyska and a few parked cars,

• Barnes and another creep run back to the car to retrieve a bag from the trunk,

• Barnes not even be enterprising enough to run more than a couple blocks away as cops arrived to close off a block of Broad Street and scour for witnesses and evidence.

By the end of the hearing, the courtroom will have seen lispy attorney Emmett Madden attempt to claim a phantom cab had struck her before her body landed on Barnes’ car, all while being a condescending moron who doesn’t even seem to know legal nuances like how to object to commonwealth statements properly.

This, because Madden was consumed by cleaning his teeth off with the end of his pen, coughing and wiping his nose like a wee sniffles-striken lad. 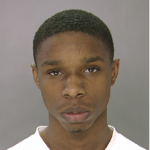 Side note to the Barnes family: Good luck with that representation.

Vaughn was up first.

She looked to be early 20s. Sporting a U Penn sweatshirt and jeans. Accompanied by a friend who sat with her in the gallery.

She said that she and three friends were driving up Broad toward Ellsworth after being at the Oregon Diner. She said she had a single drink about an hour earlier. Barnes car came up behind them at a “pretty high rate of speed … highway speed, like [Interstate] 95.”

She watched as it went up the block, and through a red light the Ellsworth intersection. She saw Polina walk off the curb but not when she got struck. She also saw Barnes’ Audi smash into parked cars (curbside, not those in the middle of Broad). “No,” it didn’t slow down. “No,” the brake lights did not flash. They pulled up and got out of the car. That’s when Vaughn saw a conscious Polina in the street.

“When I got out of the car, she was breathing, but not talking,” Vaughn said. “She was, I really didn’t get to see because I escorted my friend back to the car, she was crying. [Polina] was stretched out, blood was coming from everywhere.”

From there, Vaughn said she noticed the driver and a passenger of the Audi “getting something out of the trunk” after having fled toward Washington. “Like a jog,” she said of the speed.

At this point, Madden tries to establish that Vaughn thought Polina was coming from the other side of Broad Street than other witnesses. He goes through the whole one-drink schtick, and wonders whether she consulted with other witnesses before making her name the other women in the car with her. 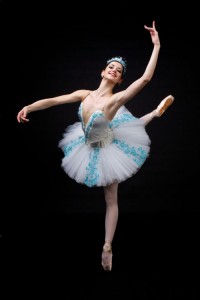 Vaughn’s off the stand within about 20 minutes.

Through ADA Doyle’s questioning, it’s established that he’s walking home around 3:45 a.m. when he sees the Audi crash into cars (he didn’t see Polina get hit, either) and calls 911 before the driver and passenger went past him while fleeing the scene.

Cavanagh, who wore a tan suit and looks to be early 30s, comes with the baggage of two suburban DUIs since 2005 and having been out partying for St. Patty’s Day. These two things, as was made evident on Wednesday, embiggen jitbag lawyers to question witness credibility.

Madden doesn’t refer to Polina by name a single time during the hearing. She’s always “the girl” or a variation thereof. He’s a real fucking class-act in that respect.

Officer O’Neill gets called to the stand.

Established so far: Barnes’ Audi was speeding irresponsibly and, while fleeing the scene of collisions that resulted in substantial vehicle damage, was positively ID’d by a witness.

O’Neill’s accident-reconstruction bonafides are entered into the record without dispute. He’s an old head. White hair and mustache, a look that speaks to seeing pretty much all you can see in the accident-investigation division.

He provides the damage sustained by an Audi registered to Barnes: front left bumper scratch, busted headlight, crumpled hood, spider-webbed windshield (“contact damage”), tire and wheel-well sheared off, left mirror pushed back with “red residue on the outside of the mirror.”

He thought at the time that it was “blood, but it turned out to be ketchup.” There were also “long black strands of human hair embedded in the ketchup.”

When it comes to tire marks in the street, O’Neill said “there was no indication of braking or avoidance of hazard.” By hazard, he was “talking about the victim.” 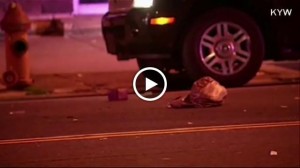 He found Polina’s cell phone near the crosswalk. He called a few numbers on it. He also used that as the point-of-impact starting point. Near the phone, there was “a white bag with French Fries and smashed packets of ketchup.” Then, a rather large handbag, wallet and cosmetic bag formed a line leading to where Polina’s near-lifeless body was found.

From blood to where Audi crashed into parked vehicles: Another 57 feet.

“Based on physical evidence,” Barnes’s car struck and (after two days) killed Polina Kadiyska, he said. He was certain of this. 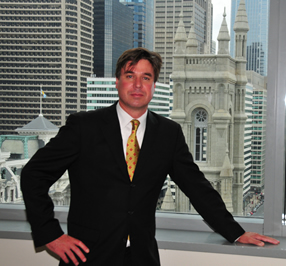 Madden has already huffed and puffed and carried on about divergent accounts of the side of Broad from which Polina was walking, and whether she was toting a bag of food.

He justifiably zeroed in on O’Neill’s interview with a woman who claims to have seen everything happen from inside the Broad Street Diner.

She — her last name is Ragland, nothing else was mentioned — said it was a cab.

“Did you just ignore that?” Madden snarked.

He talked to her that night, but she took off before he could follow-up at the scene. This, because she had to get home to take care of her kid(s).

Yes, a woman who was eating at a diner at 3:45 a.m. had to go take care of her kids rather than help solve it, because they were probably fine at home the rest of the night, I’m sure.

So, O’Neill went to Ragland’s house a few days later. She told him a green-and-white taxi hit her, “she flipped in the air, landing on the green car.”

Yes, it makes sense that someone would flee a scene where someone else actually struck the hit-and-run victim.

Before Madden could establish this as a worrisome defense, O’Neill calmly explained that he then proceeded to ID Quaker City as the cab best matching the pattern Ragland described. They, and the Philadelphia Parking Authority, GPS pinged the whole fleet. Found one cab a block away at the time. Brought it into AID within four days of the collision. Driver interviewed, car and repair records investigated; it was clean.

From there, every cab in the city that night was pinged. Five in the area. All five brought into AID. Interviews. Investigations. No damage.

What the concerned mother saw from a diner window was effectively eliminated as a viable possibility.

“My conclusion is that a single vehicle was involved in this crash,” O’Neill said, noting that the PPA requires all cab repairs to be brought in and put through a particular protocol. “There were no reports of work done on any of these vehicles.”

Madden said that a rogue cabbie would just take it off the grid to get fixed. Exact words: “Obviously, if a cab driver goes and kills someone, they’re not going to go through the regular channels.” Which is true. For the immoral. That, and if a cab had actually struck Polina Kadiyska. But it didn’t. By all accounts except Ragland’s, Deandre Barnes did. And he blew a .156 several hours later.

At 11:54 a.m., Municipal Court Judge Karen Y. Simmons held Barnes over for trial on homicide by vehicle, DUI and a slew of other charges. Hopefully, they have a prison tailor who can press the sweater vest and yellow dress shirt. If he had a decent lawyer, he’d probably be encouraged to plead it out.

A couple things that bothered me:

• I didn’t see any other press there. Tony Hanson (KYW) and Joe Slobodzian (Inquirer) are stand-up guys who were probably tied up with the priest-diddling case upstairs. That doesn’t excuse the rest of the media, particularly those who loved the story when the idiotic sexy-victim angle was in play.

• Madden’s just a total douchebag who talks all tough — as if he was a high-paid name instead of an ambulance-chasing schmuck — when his theories are just plain illogical. The highlight of his performance: When he didn’t seem to grasp the concept of leading questions.

Anyway, I talked to Polina’s boyfriend and a couple other friends afterwards; not for the story, just people with common experiences talking about things. They handled hearing all that testimony well. I just feel so bad for them. It’s a tough spot.

I hope they get justice for Polina Kadiyska. I’ll be watching to make sure they do.

← A ‘Half-Naked Man And Another Dressed As A Woman’ Brawl In An Australian Street
Hit-and-Run America, Vol. CCCXI →