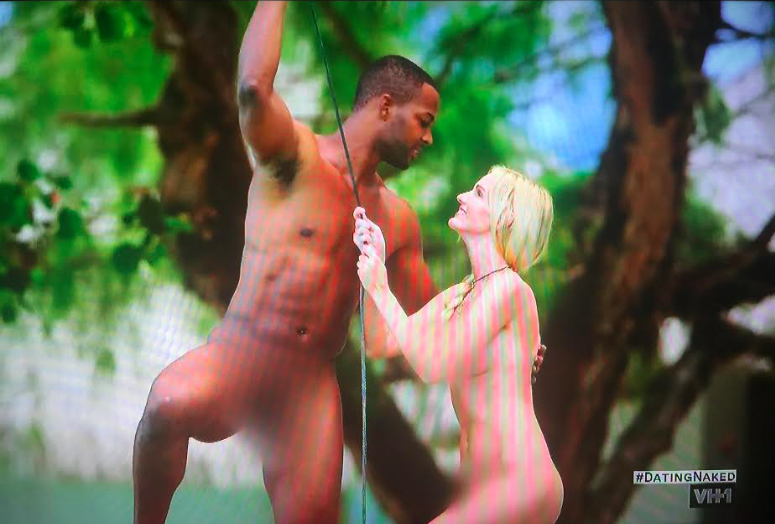 So anyway, Noelle from Turnersville, South Jersey survived the cut on last week’s Dating Naked, so  she’s back today to continue her pursuit of naked David’s fancy.

Right off the bat, she’s again noticing how Natalie and David seem to have something going on. Same goes for whatever the dude who Natalie kept around’s name is. Which is obvious to the viewing audience not watching in Bora Bora.

Noelle admits she was a little jelly about the whole thing. Natalie assuages her dude’s concerns with a pool kiss. Oh, his name is Tommy. This is mentioned before a slo-mo segment with them grinding up on each other in a bed. In the morning, she notes how he’s a 50 Shades of Gray type what with the biting and whatnot.

Along comes some pasty white dude named Connor from Florida who does a flip or something when he approaches her nakedly. He’s asked about his pastiness. He says he works inside a bunch as a stuntman, a trade which has left him pretty banged up through the years.

Their date involves diving off docks into the turquoise waters below.

David’s first date’s name is Chinet. She’s from Atlanta. She doesn’t like bad breath or small penii. She has a type-A personality.

Their date involves some sort of weird slingshot competition with dyed-water balloons.

When they all gather, Tommy or whatever seems a bit intimidated by the stuntman. Chinet squeezes right in between David and Noelle and whispers that “I want show you something.” Noelle don’t back down, though, not even when Chinet does some stripper aerobics on the deck. That’s Jersey, yo.

They both start massaging various parts of David on camera. It’s on, yo.

Onto the second dates. Natalie’s is some dude named Norman. Whatever. Because David’s is a long-blonde smiley gal named Michelle from Miramar, Florida. David notes that “you’re good to look at.” This is a fair assessment.

They go zip-lining on their date. David says he should have to pay for the right to watch her on the device. 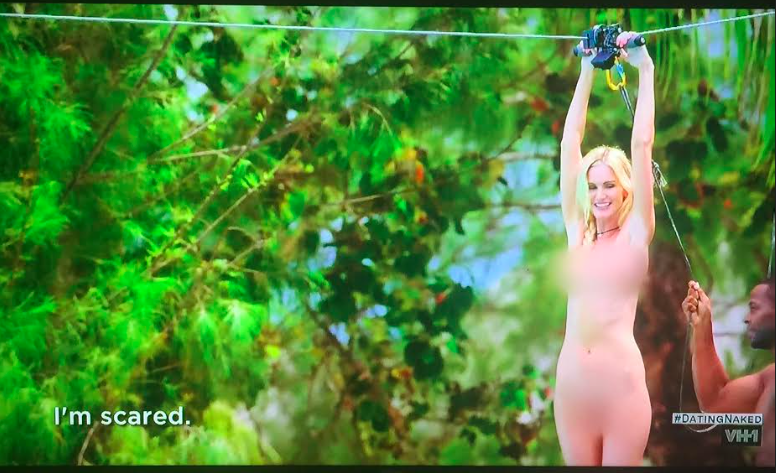 So, they go zip lining together in a position that would certainly facilitate on-zipline fornication. They both enjoyed this voyage very much.

Michelle admits that looking like a model elicits some pushback from other ladies. Well, duh.

Noelle holds out hope that David doesn’t have a connection with Michelle. I like Noelle’s style. South Jersey to the core. But when the cameras cut to David and Michelle in the shower with one another, and she’s asking “does that feel good?” while her hand(s) are hard at work, well, sorry, Noelle. He’s gonna keep her around for at least another show.

When David makes his announcement, Noelle wipes tears away as she’s the first cast-off, explaining it will be more difficult for her to open up to potential lovers in the future. Neither Chinet nor Natalie is all that keen on him choosing Michelle, who said she wasn’t surprised with the decision. Cocky, but justifiable.