For previous episodes from this season, click this link.

As we start this episode, David has keeper Ashley and Natalie has keeper Daveed and they’re starting off with a naked-pool conversation about “ball counts.”

Ashley says she’ll see what happens when the two new naked ladies arrive, while Daveed is saying he digs Natalie and was surprised that he was asked to stick around. Natalie notes that she’s had a lot of dudes fighting for her, and now she has to fight for this one. But she’s still psyched to go on a naked date with a noob. And then, this happens: 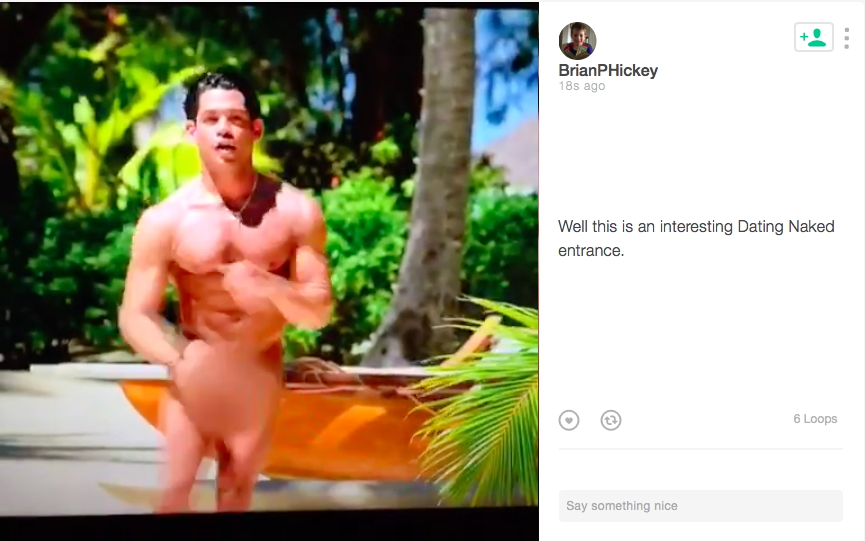 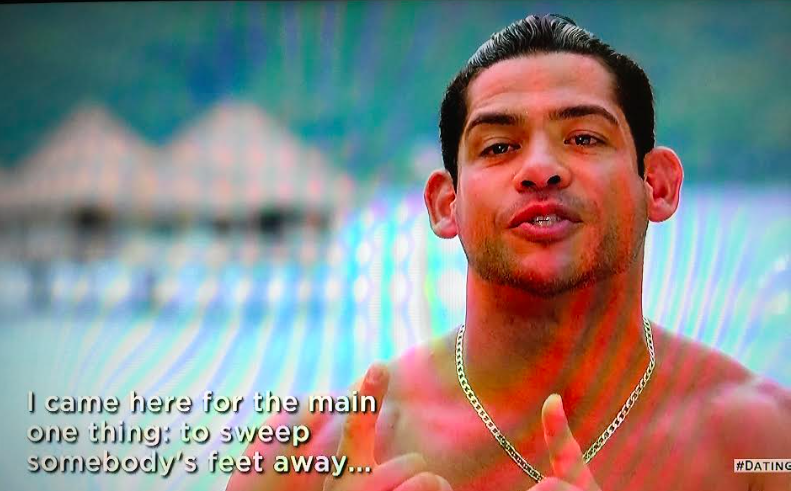 That’s Joel, an exotic dancer from Hialeah, Florida who sounds like a cruise-ship Antonio Banderas tribute artist. He says he’s a good catch. He cites Magic Mike within moments of airtime.

“I might as well date a stripper,” says Natalie, who’s already forgotten about Daveed.

They play croquet. Joel treats the equipment like it’s his dong. Natalie tries to replicate that move unsuccessfully.

She really likes “Magic Jay” and wants to learn more about him.

Meanwhile, David’s worried about the lack of a romantic spark with Ashley, so he’s psyched for his first noob date as well. It’s with Jaclyn, a massage therapist from Salt Lake City who is wearing shoes and hates the dating scene.

Their date involves a tandem bike. He worries about protecting his “assets and front-sets.” 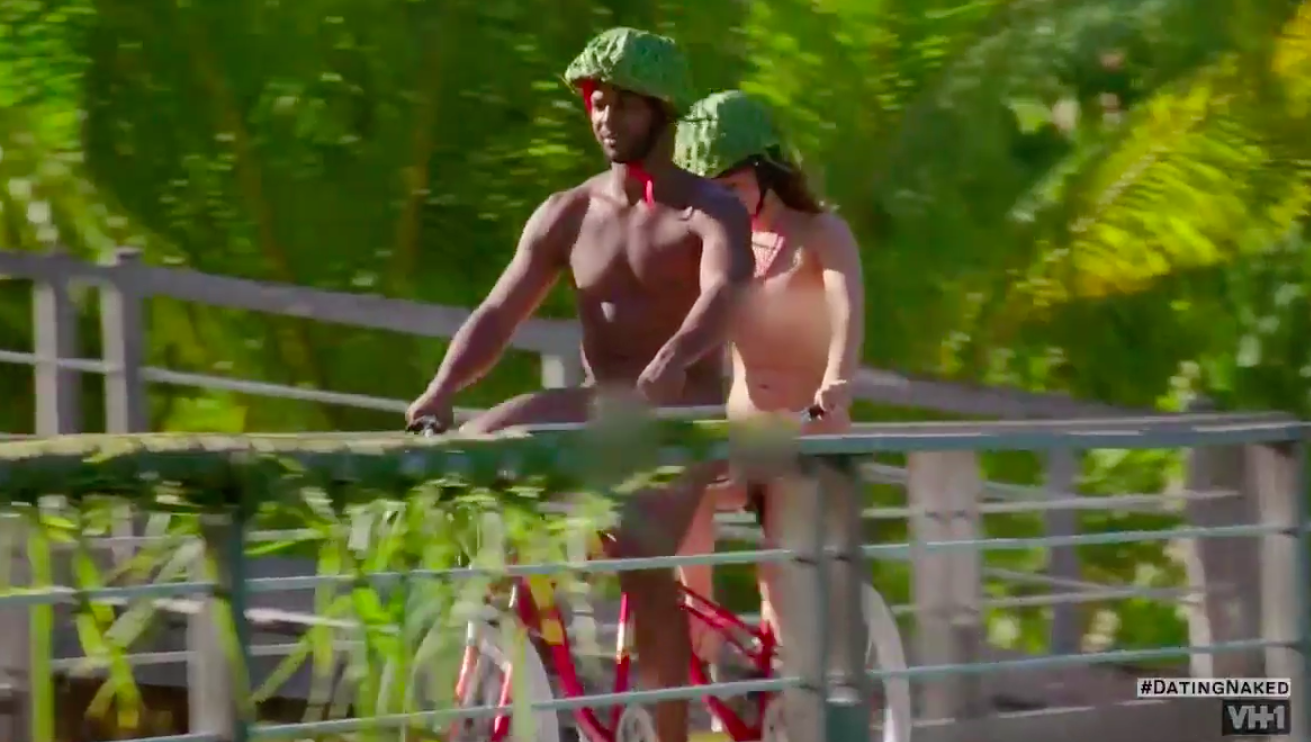 Joel rolls up into the clothing optional Bora Bora village like a horned-up Tasmanian Devil. David and Daveed don’t know how the hell to react to this.

The former walks off with his keeper, and they discuss how unusual this experience is. (Ya think?)

Meanwhile, Natalie and Daveed are face-to-face in the pool for a heartfelt discussion that involves Natalie reading Daveed in a psychological sense.

David’s all jelly of their connection, it seems. He might lose her to him, so he needs to act with the quickness, he says to the cameras.

And just like that, they’re on to dates two.

David’s is Varshay from Raleigh, NC who will never admit to being wrong as “I’m always right,” and she also has a generalized distrust of men. On the other hand, he enjoys the sight of her “booty.” They play a variation of oversized beer pong.

He gets cold water dumped on him while naked. So does she. 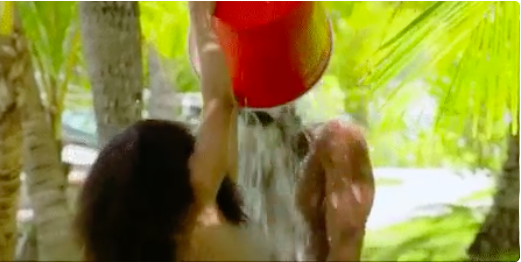 Natalie’s is Drew from Philadelphia, a bearded, skiing, culinary ginger who wears what appears to be pink boat shoes and likes DD boobs.

She says she loves Philly (atta lady, Natalie!) and suspects that he’s “down for anything.”

Theirs is a tightrope-based date, and he instantly realizes how awkward that can be for a first date, particularly while naked. He’s not so good at standing and walking upon a wiggly line. Natalie ain’t feeling any sexual chemistry, though. 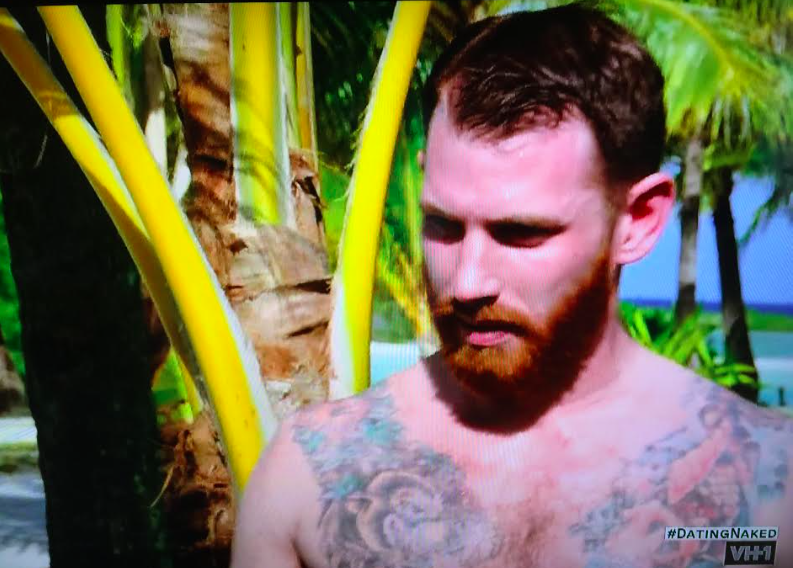 When they all gather at the villa, they get some drank on.

Jaclyn, clothed, then gives David, clothed, a massage as a way to stand out from the crowd. Barriers were broken down by doing this, he says.

Meanwhile, Joel does a Christ-on-the-cross pose as he stands in the rain by himself before heading inside and offering lap dances. His moves impressed all involving in either recipient or voyeuristic roles. He knows that she will remember him for the rest of her life, regardless of keeper-status decisions to soon be made.

And then, we’re onto the keeper ceremony:

Natalie says she was least compatible with Philly Drew thanks to a friend-based conversational nature. But if she ever comes to Philly again, she’s gonna look him up. So, it’s down to Magic Jay or Daveed, both of whom she wants to keep. But the winner is Daveed! Poor Magic Jay 🙁

As for David, he was least compatible with Ashley, for the same reasons that Natalie cited for Drew. (“I’m ready to go home,” she says. “I miss my dog … a lot.”) He appreciated Jaclyn’s massage, and noted that Varshay is so heavily opinionated that she boxed him into preconceived notions of an entire gender. But he decides to keep Varshay around for another week anyway! (“I can cut back on my arguing and not be petty,” she says.)

And with that another episode of Dating Naked ends, with a big Jersey Shore episode slated for next Wednesday!

← Hit-and-Run America, Vol. DCCVII
This Is, Quite Frankly, The Best Reaction To Anything I’ve Written Before →