For previous episodes from this season, click this link. Also, check out my PhillyVoice profile of Alexa Brunetti (pictured below) who will appear in an upcoming episode of the show. 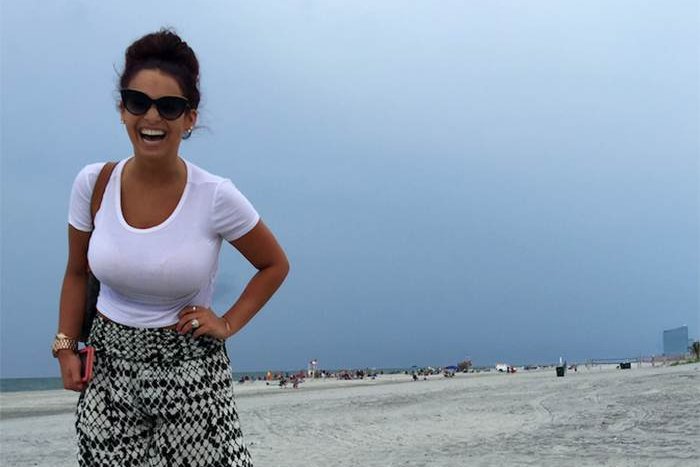 Coming off an episode that featured a vampire and 69-year-old suitor (nice!), can Dating Naked get any more absurd? That’s the mindset with which I’m entering episode five.

Where things stand: Natalie has a clean slate, while David still has keeper Sarah to pit against two new nude ladies.

Now, thanks to the wonders of social media, I already have some sense of where this episode is heading (and an inkling of a boomerang effect, but that shall remain unmentioned until which time as it comes back around).

Natalie’s all third-wheel style as the show kicks off, what with her being alone while the other two are trying to stoke a love connection. See below all creepy-voyeur style: 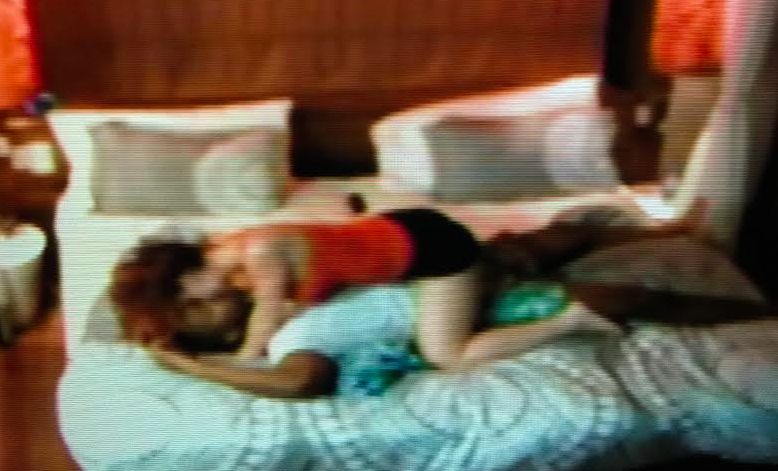 Soon thereafter, he will meet Alexis from Cincinnati, a bubbly-talking, rather-attractive blonde.

Meanwhile, Natalie gets a kiss on the cheek from Daveed from New York City, who worries about getting deported should he walk naked around NYC should Trump win the presidency. Even in Bora Bora, that have to worry about that maniac.

They also have to worry about sharks, because their nude-ish date involves swinging amongst those creatures of the sea. Swimming naked among sharks is not something anyone should do. There is too much risk of appendage separation.

She thinks he’s funny and says she’s “a little smitten.” She tells him about getting attacked by a dog when she was young, an encounter that led to facial reconstruction surgeries and the requisite scars. He digs the scar, an endearing imperfection.

As for Alexis, Sarah’s a little jelly when they get back to the clothing-optional villa. She talks about being a competitive woman, but not when it comes to chasing men.

Onto the second dates!

Natalie’s is a tatted-up ladies man named J.T. from the Bronx, who strolls up naked with some solid game, letting her know she’s gorgeous and whatnot.

Their date involves working out naked. He does sit ups as she hold his feet and “I have a great look. It was great.” She holds her 80085s while doing some sort of ladder-running drill.

David’s is Ashley, a Greenwood, Ind. resident who says, “Nothing can prepare you to meet someone naked. I was like, I’m 100 percent ready, but once you turn that corner, it’s, like, nevermind, nevermind.”

She doesn’t like short people and wants to study infectious diseases. She references wearing a pearl necklace next time he sees her.

They’re going to paint for their date. Each other. They’re painting each other. And David points out that while she’s tiny, “there are parts of her that aren’t tiny.” He meant her breastuses, which he painted blue and she pressed against the canvas. 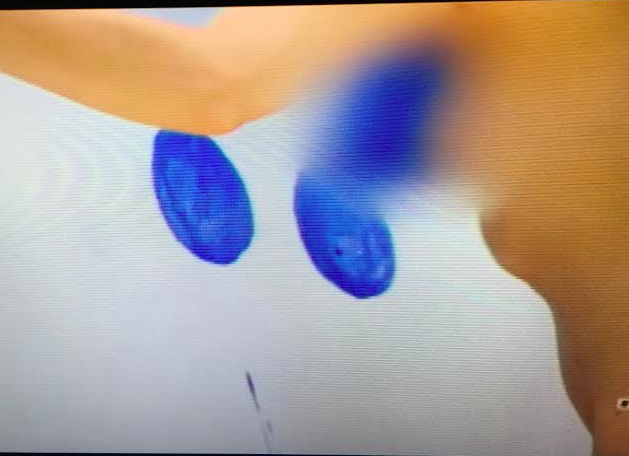 She says she likes butts, like, a lot, and paints his dong pink. She seems like she has a little put-the-rabbit-in-the-microwave to her.

See what David’s gotten himself into this week! Catch up on the latest #DatingNaked On Demand right now! pic.twitter.com/slj3s1T0FJ

Daveed’s eyes about bust out his head when he sees Natalie roll up with ripped J.T. David is wearing a flower behind his ear as this happens. But he does make a big kiss move when they’re alone in the pool.

Sarah doesn’t think Ashley’s got much of a chance upon introduction. I reckon she’s right, but they do kiss while belly-down on an outdoor mattress.

Sarah’s in tears, needily worrying about David’s distracted attention and having to share time with him. David noticed this. I get the sense she’s gonna roll even before the selection ceremony.

Anyway, Natalie picks Daveed over J.T., who thinks she’s crazy “as fuck” for this decision.

David drops Alexis first. This leads her to realize that she “definitely appreciate(s) clothes a little more” after the experience.

He’s torn, as they cut to commercial break. And he’s torn when they come back (what is it about reality shows that have to recap the show everytime they come back from a break, but the way? Costs us all valuable minutes savoring the train wreck). And he picks Ashley over Sarah! 🙁 (There might be some underlying plot lines omitted though, folks, so stay tuned in future weeks)

As a parting gift, Sarah encouraged Philly Blunt readers to be sure to catch the blooper reel and her nude-yoga instruction scenes, so do her that solid, ok?