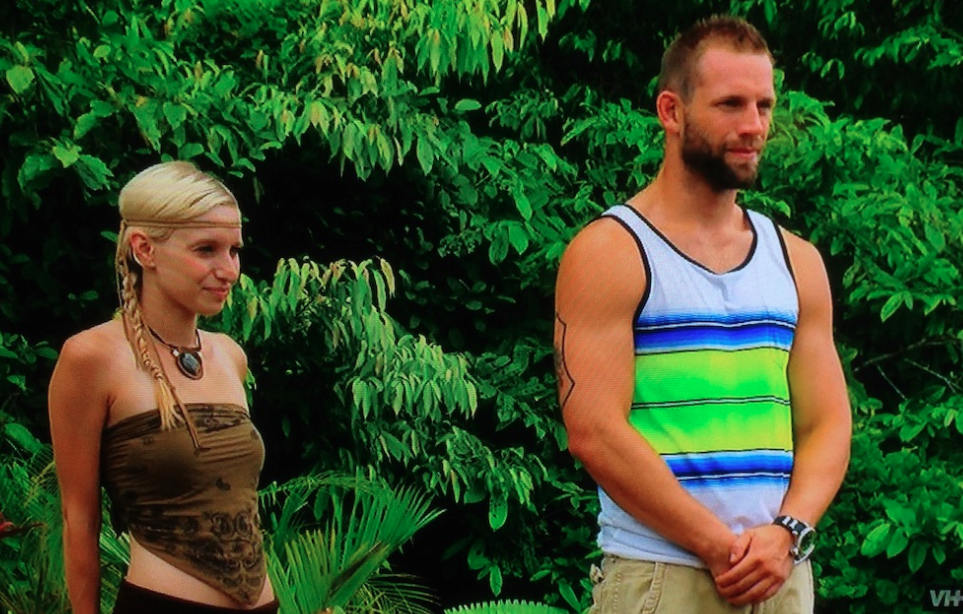 Greg is from Carlsbad, Cal. He cites an evolution from “computer nerd” who “didn’t get out too much” and “with girls, I couldn’t even make eye contact” into a professional “fighter” who was forced into retirement by injury and the apparent realization that getting hit in the head repeatedly “really isn’t the most fun thing ever.”

Central casting for a walking restraining-order-to-be. The type who could get asked to leave a bar when Staind is playing. Reminds him of shit.

Ashley is an artist from Denver. Her best qualities, per her, are: Being outgoing, inspirational and empowered individual. An intense flower child who wants to let her personality shine through via the television program Dating Naked. 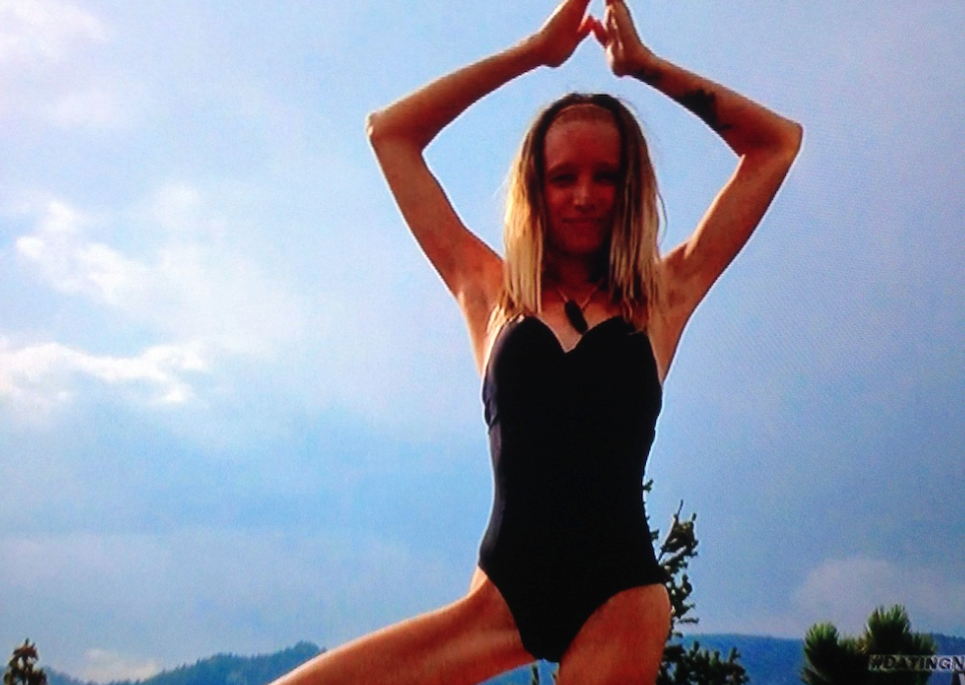 Ashley says she’s intimidated by Greg. The rain helps with the feng shui.

He explains his guy way of checking the broad out.

She gives his wee wee a negative review.

He calls out her bush. 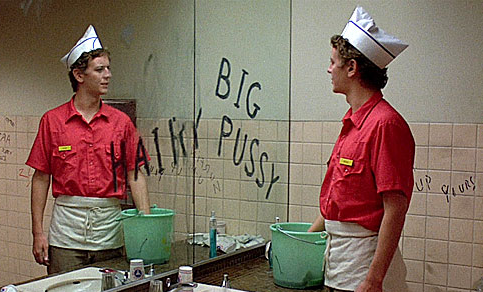 They paint nude portraits of one another.

Art reveals a being’s depth. His was absolutely horrible. 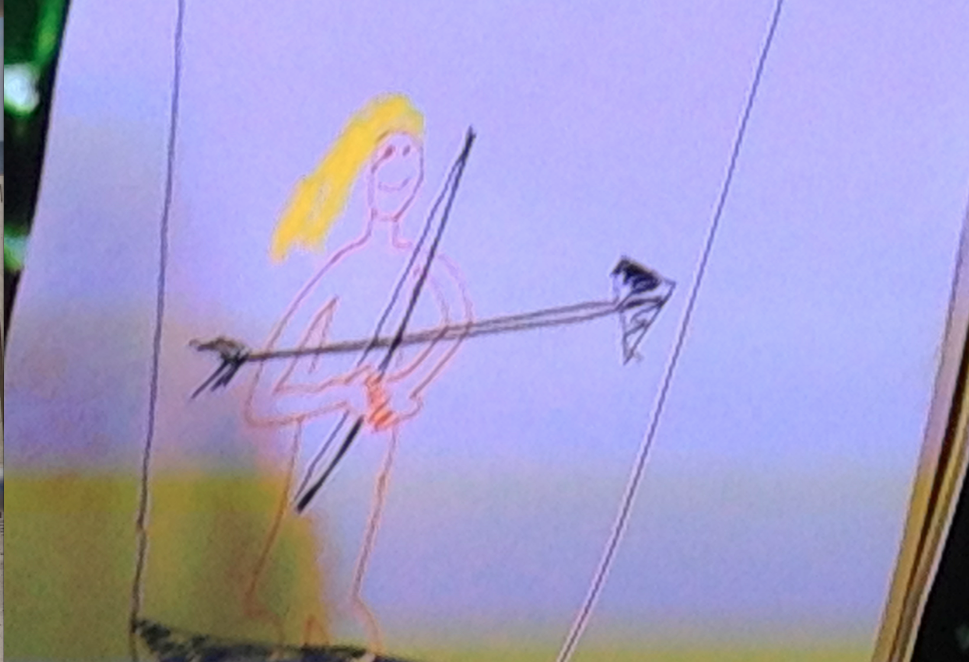 Here’s an exchange from his time of portraiture: 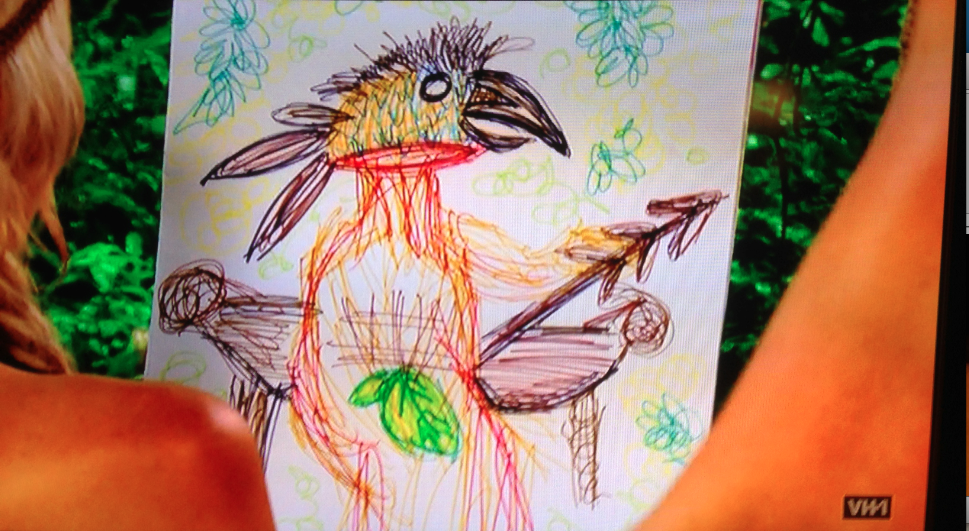 Then, the time for an art-therapy session arises. Here is a minute of that experience …

Angelica from Strong Island is a virgin. A spontaneous, free-spirited one. Can not people like I be naked too? 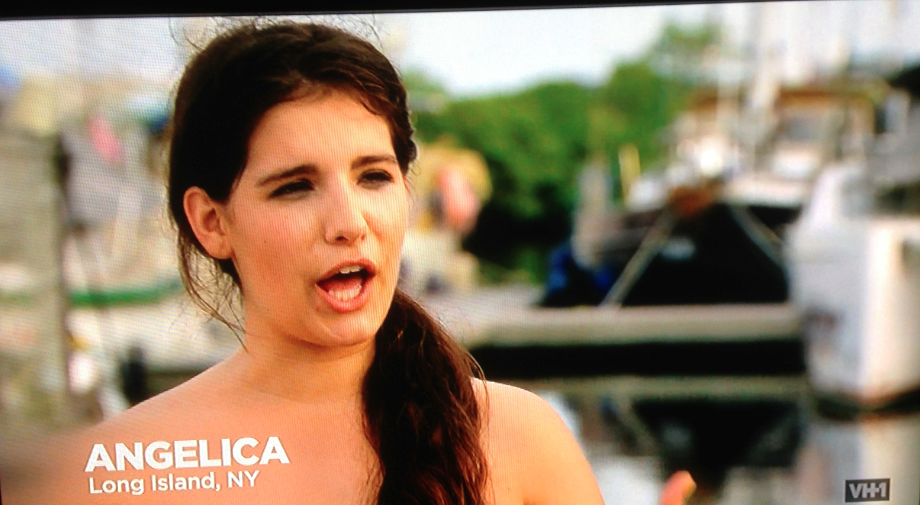 She needs to be coaxed into walking out from behind a boat for introductions. No he may not shake her hand.

His is the first dong she has ever seen.

She wonders aloud whether his not being erect can be attributed to her unattractive.

Ashley’s gaga over her second naked date Alika. He’s from Woodside, Cal. Alika is a “spiritual teacher and sexual healer.”

These are the words that Alika used to describe how he passes his days. 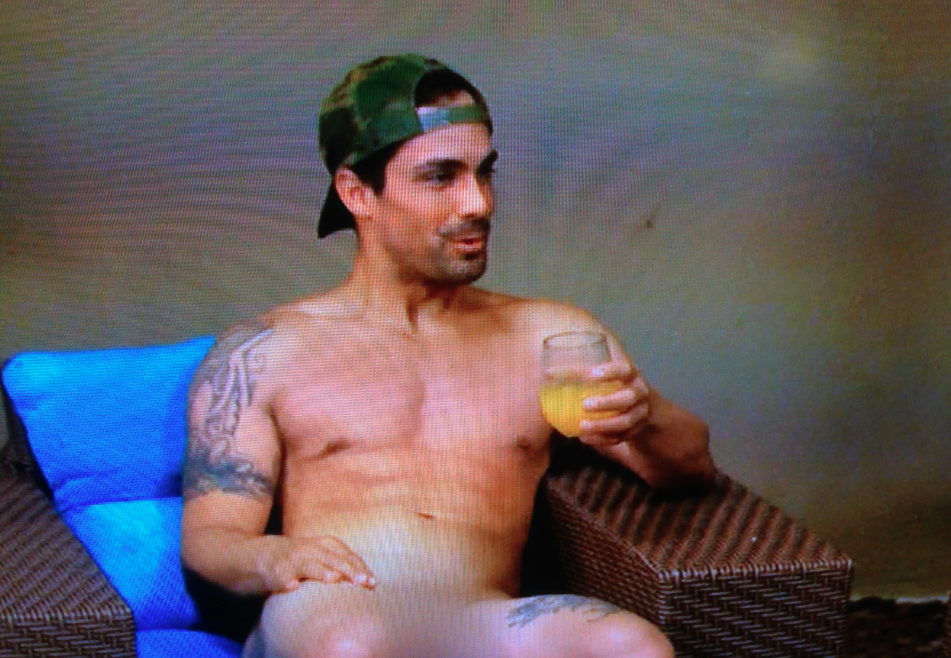 He senses connection potential. She thinks he’s smooth; the day was quite dreamlike.

Wait, Alika must not be a very good spiritual teacher and sexual healer if he needs a program like this to mesh fully — heart, soul and mind — with a mate.

He explains his sexual-healing techniques; g-spot stimulation is on a multi-tiered menu.

Fast-forward to the first group scene. Greg references pubes. Alika talks about a sex-related convention he just went to in San Diego, where Greg says he’s from.

Anjelica is not yet here. Greg explains how she was puking and all on their date.

Soon she arrives and discusses her discomforts. They extend beyond this television experience.

And then there were three. An art-therapy aficionado. A sexual healer. And, a restraining order to be who hurls himself into the others’ pool date. “Gross” is the review of his actions.

The other two bang on night one. He said he’s not ready for a commitment, according to her, the next morning.

J.R. has a “reely neyce ayeass.” They go hiking. She’ll end up picking him.

Tess from Littleton, Colo. exudes confidence. Hope she hears the time bomb ticking or at least defuses it. They eat at a table in the water. After dinner, he shares that he likes to read books and actually did so that very day. I think they make a Tucker Max reference.

I chose not to include Tess’ photo out of respect for her future efforts to wipe the internet clear of this appearance from her permanent record. 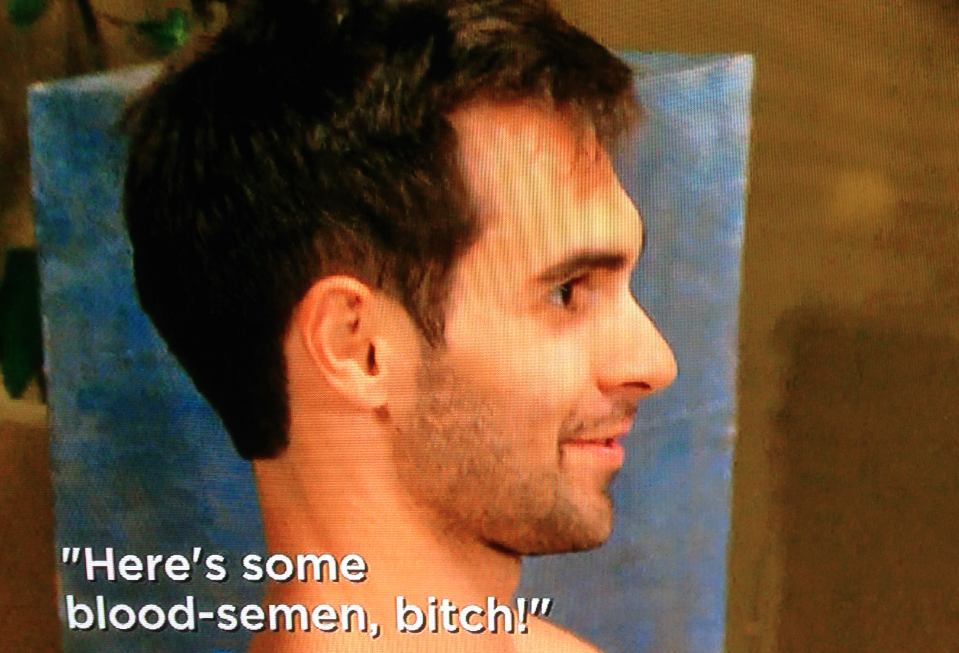 She takes offense to the use of the word “bitch.” Not blood-semen.

Let’s check the scoreboard: They offered Ashley two horrible people and a sexual healer (picks the latter); and they offered Greg one who fled, one who can’t stand him and one who won’t be able too much longer (also picks the latter).

And to think it ended up in nuptials-to-be…