Let the historical record reflect that June 29, 2010 marked the beginning of the end of the Cubs’ curse. For it was then that Louden Charles Hickey was born to a Philadelphian (fine, South Jerseyian, at the time) who allowed his fandom to follow a Phillies second-baseman when he and his #23 jersey were traded. (Sandberg, not Jordan, c’mon).

This is not to say that L.C.H. won’t be a Phillies fan. Heck, he might not even be a baseball fan. But, the Cubbies welcomed him into the world, and that won’t soon be forgotten. 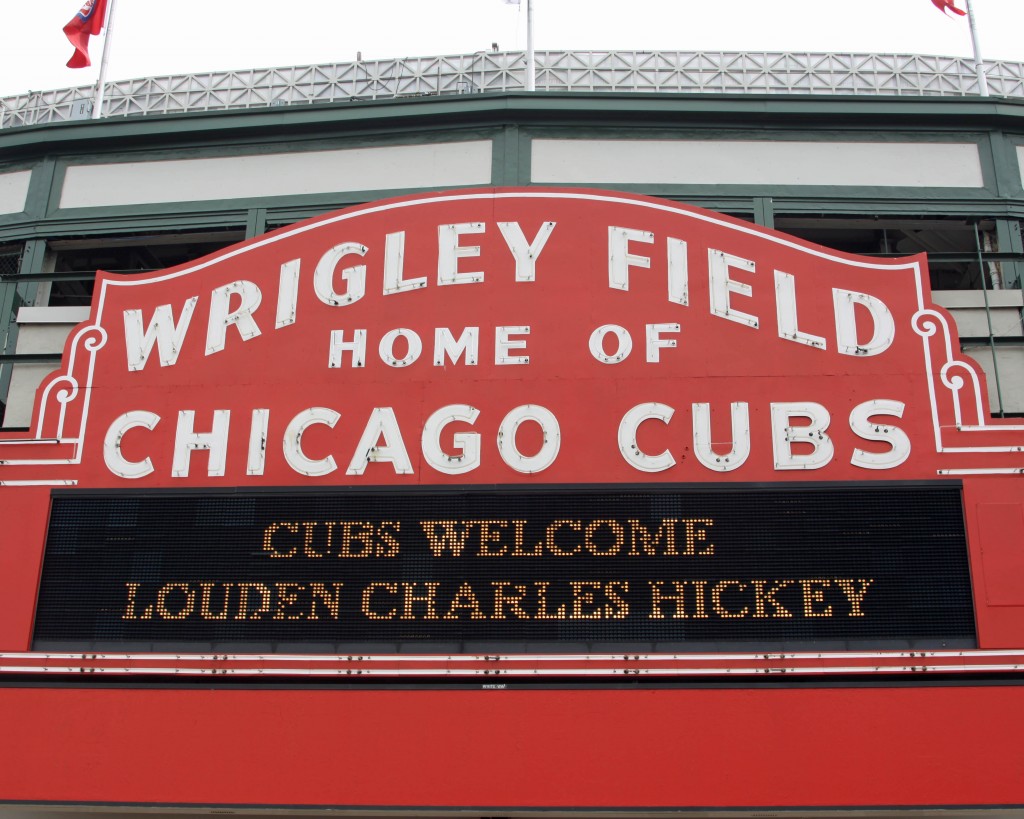 Much appreciation to Justine Boney, the Cubs organization and whomever built this sign outside Wrigley Field

Like I wrote on Facebook or Twitter earlier, your move, Phillies. Build the fanbase, and they will come, even if you don’t win for a century.

← Why I’m Pro-Orange
“It could just be, to this point, the most important goal in Spain’s history.” →