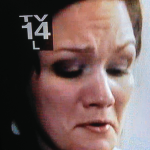 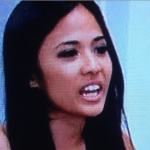 She’s marrying a cat named Waylon. That is a great name. He kinda looks like Vili Fualaau.

“It’s a real bonus that we’re not related, you know? That’s a bonus,” says Waylon of South Dakota. “On the reservation, you know, you tend to be close to other families. So. Yeah.”

Anyway, they’re using duct tape for some sort of wedding favor. I think it’s the Love Song mix that she and Waylon made for attendees. She doesn’t get along very well with Waylon’s brother Juwan, and best man, who they show with a rainbow and unicorn. He doesn’t seem to like Adrianne much either and static arises when they’re making the CD cases with pink duct tape.

When Adrianne confronts Waylon re: his not sticking up for her when people talk at her and all, he notes that “you’re a big girl, you can handle it.” She takes this as an assault on her body image. Jokes, though. I think: 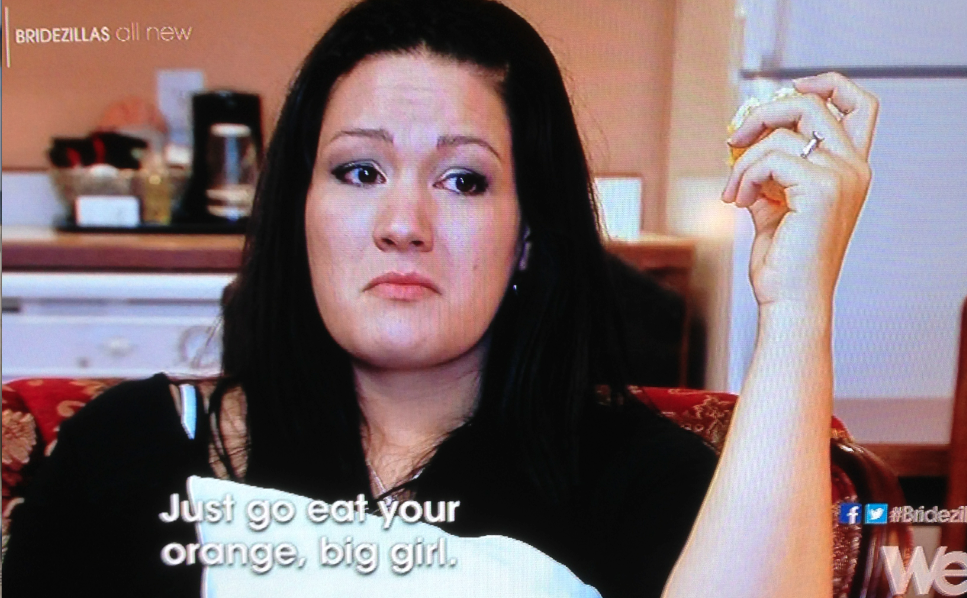 When Adrianne takes Waylon to the salon for a pedicure, he’s talking about how he’s a dude and only those “special dudes” get manicures and pedicures and how even being there has cost him a lot of “dude points.”

She then shifts her attention toward getting Waylon’s mustachio waxed off. Look: 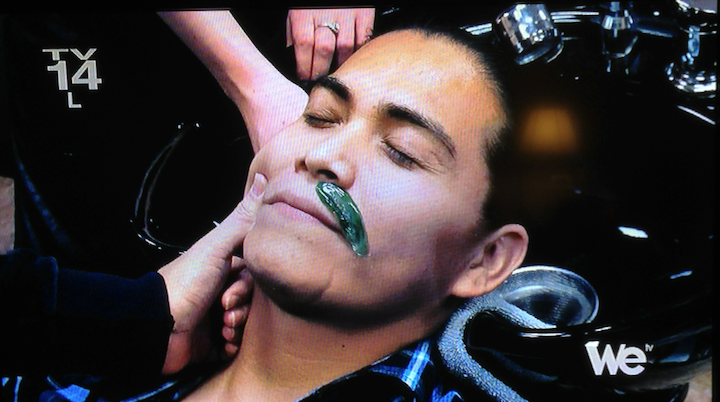 From there, they’re off to the florists. Waylon notes that he’d like zombies in the centerpieces. This, because he proffered the thought of having a zombie-themed wedding, an idea nixed by Adrianne, unfortunately.

Adrianne later gives Waylon and Juwan some Eazy Cheese, crackers and a plate. Since they enjoy making her miserable, she hopes they get cancer from the Eazy Cheeze or something. And Eazy Cheese fight then ensues with Juwan straight up covering the back of Adrianne’s head with it to the point that she’s retching in the kitchen sink. 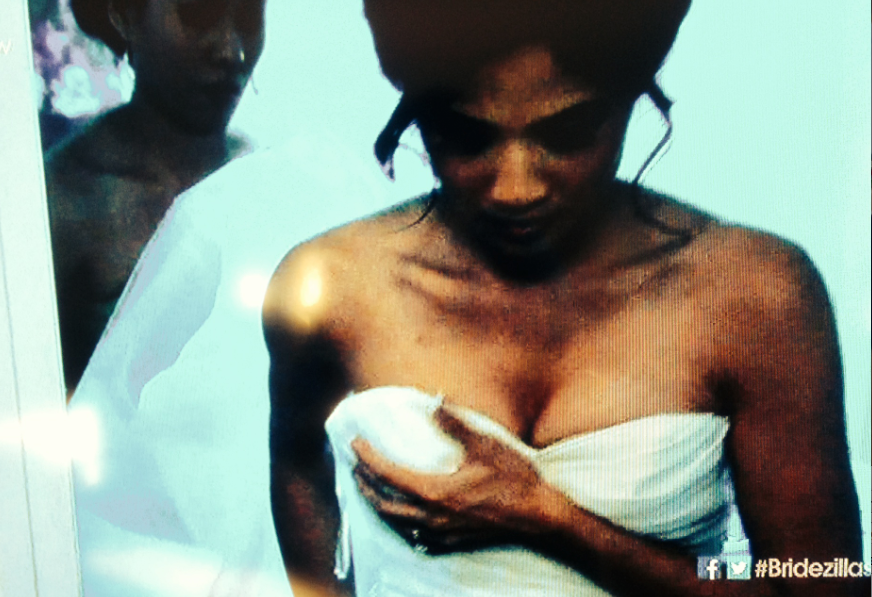 Remember last week, how I commented upon how attractive Bridezilla Angela is? Yeah, take it all back. The ugly arrogance inside would make Katy Perry look like the McPoyle’s sister on It’s Always Sunny in Philadelphia.

Anyway, she and Eric start off the episode at a jewelry shop. She’s talking about how they blew well past their budget for the wedding. However, she wants “sparkly” things.

“Don’t you think I deserve the best?” she asks after noting that he proposed to her before security at customs. “Happy wife, happy life.”

Her favorite phrase seems to be “I want.”

She throws a snit because her birthday party for which she showed up for an hour late started without her. Then, she started bitching about a lack of money in the birthday cards. She notes that the amount of money spent on the wedding is other people’s problems, not hers. As such, guests should shell out some more goddamn coin.

There are seeds planted for a major confrontation with Eric’s hot sister Sandy.

From there, it’s onto a bridesmaids wedding judgement party. One BM talks about how Angela told them to lose weight. So, it’s not her problem if the dresses are too tight. So, one bridesmaid kinda bottoms out … 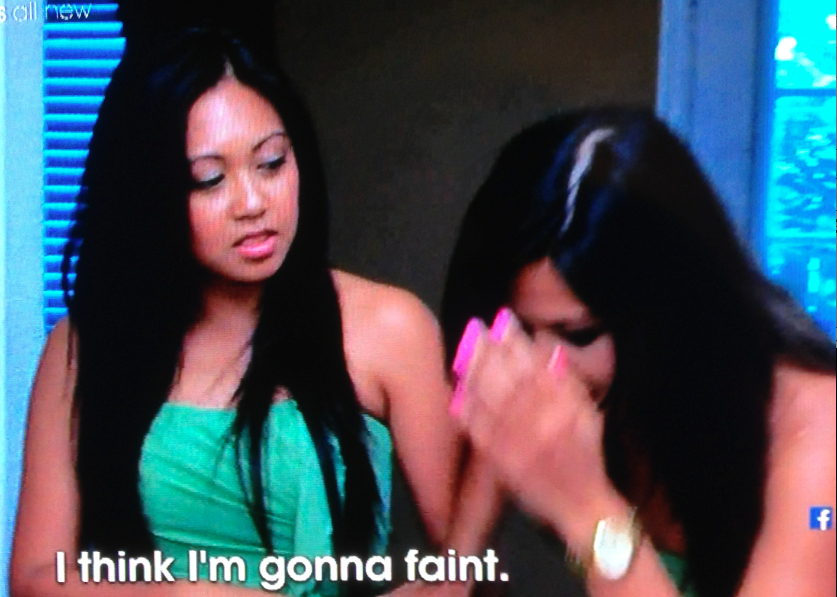 … and what does Angela do? Goes in the kitchen, gets “some fucking water” and throws it in her friend’s face, then threatening “bitch, bring it” all gangsta-wannabe like. (It did “wake” bridesmaid up, tho.)

She then urges her bridesmaids to do whatever the fuck they want. Puke. She don’t care. Just get it right.

I’ll have to go back through my show archives, but I’m pretty sure Bridezilla Angela is the worst cretin to ever appear on this show.

Anyway, there is the hope that she’ll be cool at the bachelorette party. But that idea dies when Eric and bros show up at said party.

Then, Horrible Angela starts giving Sandy the business because she’s not paying attention to her the whole time, choosing to speak to her boyfriend after Eric shows up at tha scene. Yelling, hand-waving, etc. ensues. 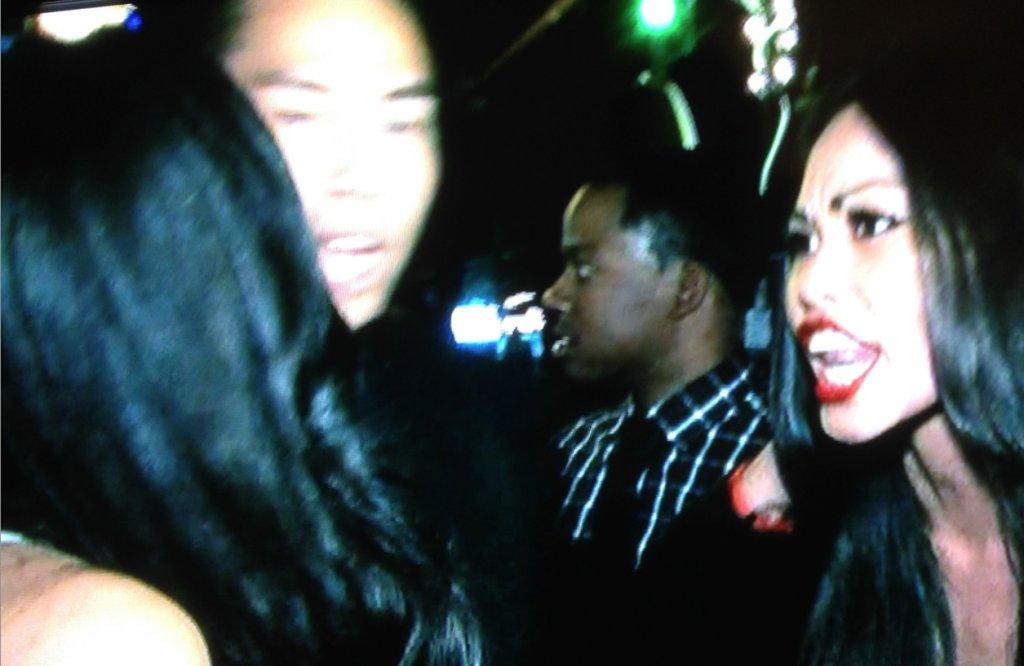 Eric steps in. Angela asks him to pick one or another. Then, she storms off all drama-queeney. It seems as if she’s trying out for some soft-core reality contest show, the problem being her hold on reality — more specifically, her standing therein — is tenuous at best.

The next morning, Angela sheds crocodile tears before deciding that she’ll go through with the rehearsal gathering even though Eric decided not to show up. But Sandy does!!! And Angela groans because she’s late, one night after she kicked her out of the wedding. She then demands an apology in front of the crowd because it’s “her week.”

“You’re not going to have any friends by the end of this wedding,” says a bridesmaid. “Everyone’s pissed off. No one wants to be here.”

And here come more crocodile tears with a “fuck it, I’m not going to get married.” Which is a lie. They showed her walking down the aisle in the preview. Previews that ALSO showed Sandy stepping up to the plate and objectin’ to the proceedings. Which totally rules. I kinda object, and you should too. So horrible, this broad.

She then bitches about the veil, cunty right up till the ceremony.

And then the moment comes:

“I object,” says Sandy. “Eric, as your sister, I don’t want you to marry Angela.”

Husband and wife blah blah blah bleeds into a disco ball and Angela’s declaration that “Eric has to live with me for the rest of his life.”

Yes. Yes he does. Poor fucking thing, he just writes it off to Angela being possessed by demons this week.

← Here’s Video Of Ladies Brawling Outside SEPTA’s Tioga Station
Watch A Little Kid Give Flash His Middle Finger At The Barca Vs. Almeira Match →