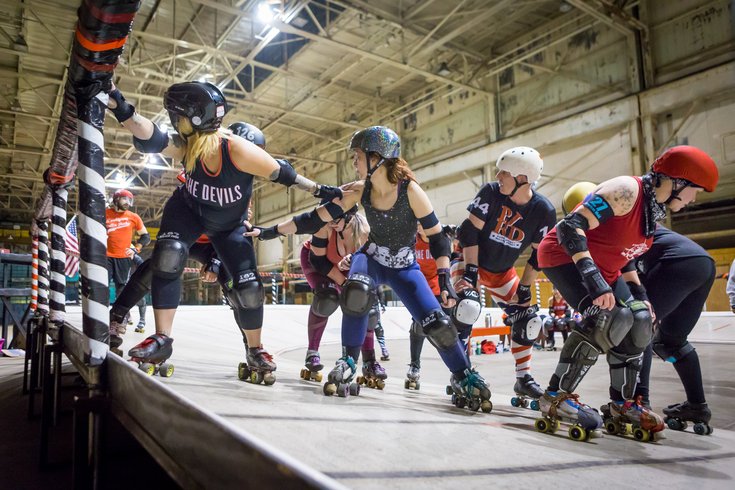 2018 will turn to 2019 in the coming days. It is a time of introspection and looking back before moving forward. So, here are my favorite stories of the year, presented in chronological order:

2. Meet the baby whose growth was charted via cheesesteaks.

3. “They’d never let someone get up there and play ‘Mr. Brightside’ with them,” but The Killers let him get up and play another song at a January concert in Philly.

4. “Well, it happened. I bounced back up, gave some people high fives, went to the Linc and enjoyed the game.” — The Eagles Pillar Guy. 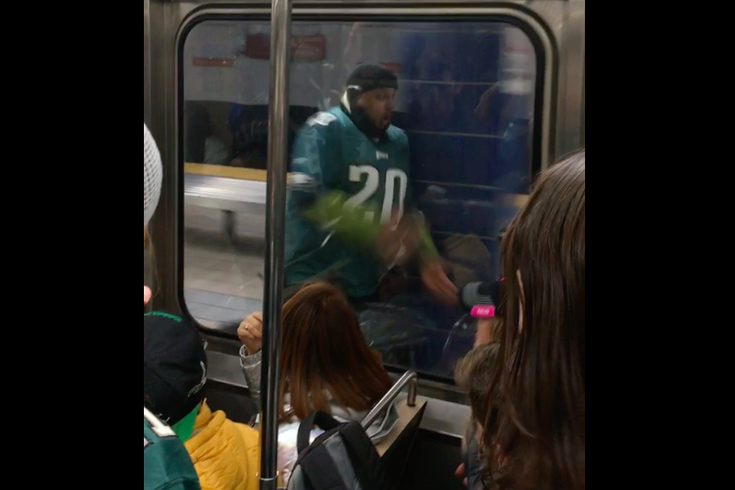 5. “It’s funny, I saw that guy on top of the car coming toward us and then this guy turned a camera toward me, so I just said, ‘Yeah.’ Then, the texts started blowing up. Breyanna said, ‘I think you’re going viral on Twitter.'” — The shirtless Eagles-mask guy.

6. “Here are all the tracks that played – according to the spreadsheet, between 10:16:50 a.m. and 3:13:06 p.m. on Thursday, February 8, 2018 – as the Super Bowl champion Philadelphia Eagles made their way from Lincoln Financial Field to the front steps of the Philadelphia Museum of Art.”

7. After 71 years, an old-school Philly bowling alley closed its doors for good.

8. Which Philly bars should you try to ride a horse into? 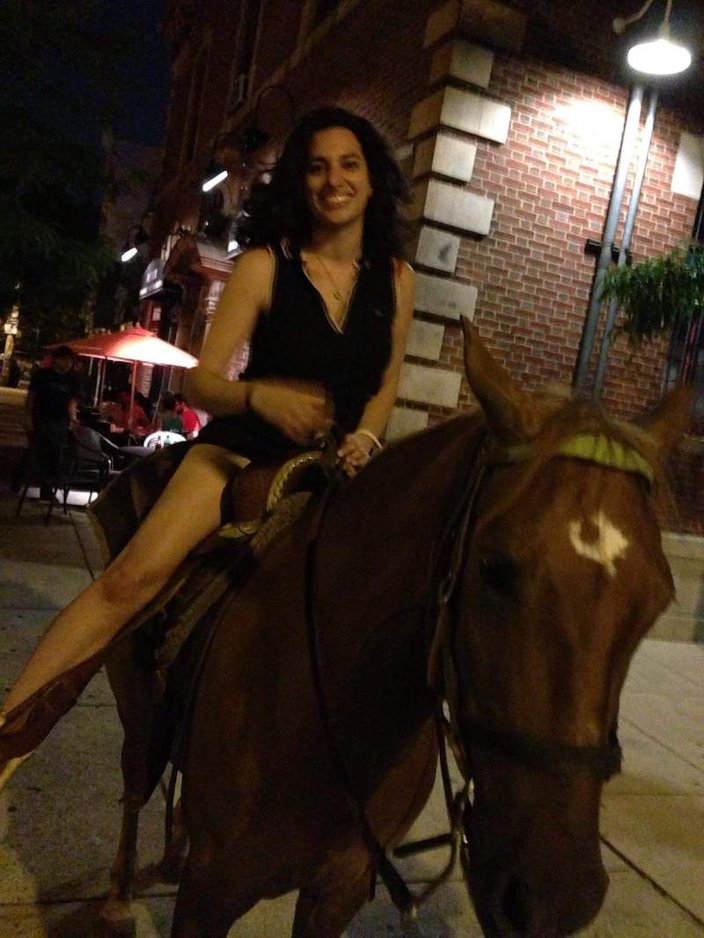 9. “He was supposed to have court that day, but ICE was waiting at the door. He told me they didn’t even let him go in. Why do we pay that money to (bail him out) if they’re just going to take it all? That’s a lot of money.” — ICE ambushing people at courthouses in Montgomery County.

10. Their son got lead poisoning and the city of Philadelphia treated them like slumlords.

11. I talked to witches and descendants of witches about whether Donald Trump’s use of the phrase “witch hunt” was problematic.

12. The story behind a three-mile area of Philly becoming a roller-derby mecca.

13. “I’m born and raised in Philadelphia, and this is the craziest thing I’ve ever seen in my life.” — On the outskirts of Temple’s campus, a wild neighborhood battle boils over.

14. I watched Stormy Daniels strip at a strip club near the Delaware River in Philly.

15. “The week in Schlossberg started with the attorney berating employees in a New York City café because, in his apparent estimation, speaking Spanish in America warranted threats of calling ICE to get them deported.” — Viral-video “star” also got arrested at a Phillies game. 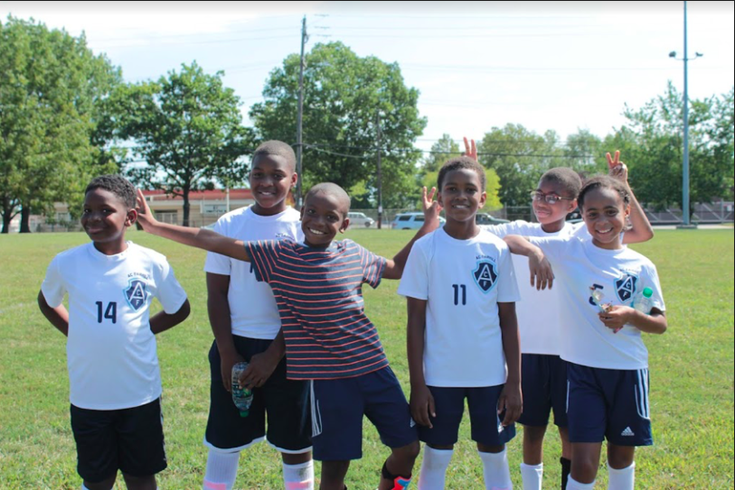 16. Examining the impact of the pay-to-play culture of youth soccer in Philly and the suburbs.

17. The feel-good story about a wedding ring being retrieved from a sidewalk grate in Center City.

18. Putting ketchup on eggs should be a war crime.

19. She pooped on a stranger’s stoop in Northern Liberties, and the stranger was responsible for clearing it up — The Tale of the No Libs stoop-pooper.

20. People who board elevators before others exit are a pox on society.

21. “This is a neighborhood where people don’t lock their cars. I just can’t not do anything anymore. It’s not OK. We are the victims but can do nothing, yet he is free to behave as he chooses. Ethnic intimidation is harassment and a punishable crime. I want him to leave us alone or face jail time.” — A horrible neighbor in Schwenksville.

22. “What’s with you putting gay and black in that article? Are you saying I can’t be on council because I’m white?” — A gay black man was elected mayor of a tiny Philly suburb. That’s when the nasty pushback started.

23. I met Charles Birnbaum 20 years ago when his Holocaust-survivor mother was murdered during a robbery. Now, he’s battling Atlantic City’s CRDA to keep his family’s home from being demolished. 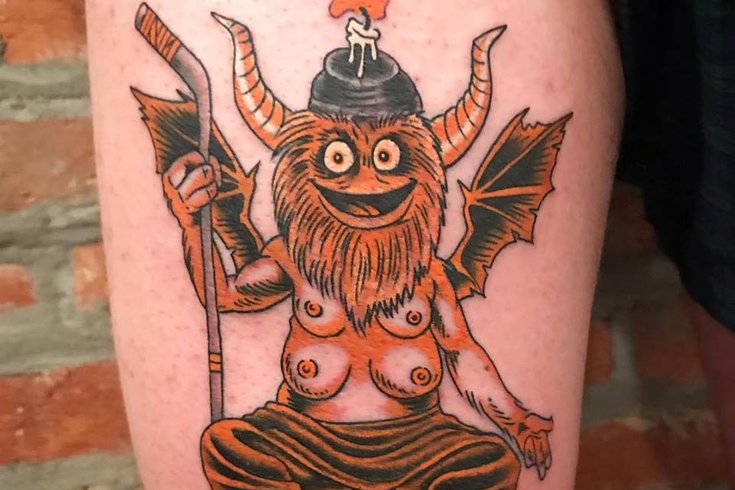 24. Gritty! As an Illuminati goat god and cheese sculpture.

25. How a lifelong friendship, a random act of kindness and social media brought strangers together for a kidney donation.

← Here Are My Favorite 14 Stories That I Wrote In November
Hit-and-Run America, Vol. DCCLXVI →